Caspersen Falla withdrew and broke off the competition They both made a clean table in their quarterfinal and semi-finals, so it was a duel between the skier and the runner in the final race.

The big favorite Maiken Caspersen Falla met expectations and was by far the strongest on the track. She took early control of the field and scored the goal in lonely majesty after switching from rivals in the final. Kristine Stavås Skistad was also on the palette. The 19-year-old became the number two on Beitosprint, and Lotta Udnes Weng won the third palette in front of Tiril Eckhoff.

"I've heard about Kristine Skistad for many years and she went to the world championship, I heard from NTG coaches that I have to come and participate in speed training because they have a very fast girl," said Caspersen Falla.

"She is probably one of the fastest 100 meters in Norway, but she really took a step by going to the finals, the junior who is fighting in the final really will do well. It will be exciting to follow her in the future," said Caspersen Falla.

Stavås Skistad, who has a year at the junior level and is in the junior team, now says that the goal is the World Cup.

After taking the place on the podium, she received warm congratulations from the cross-country queen, Marita Bjørgen, who is present at Beitostølen to take part in the opening ceremony. She also stood on the palette when she received the Hans Berg prize.

The prize is awarded to a Norwegian athlete in a world class. Only Ole Einar Bjørndalen received the prize before Bjørgen, when he received it in 2016.

"I relax in competition and when I have this feeling, I notice that I have more to get rid of the training and that I am where I intend to be. This is the best answer that I can get some heavy prologue, so I have to get hot in the heat where really relaxes, "said Caspersen Falla in the pressure zone after the race. Northug sets a deadline by December 15 to find the form

With the fourth place in the field, Eckhoff was smiling from ear to ear, despite the night of bad sleep:

"I'm really happy, I got a bit of a tactical mistake at the end, but I got a great audience and went with the best skiator in the world, so I'm happy, says Eckhoff, and I'm working on tactics: 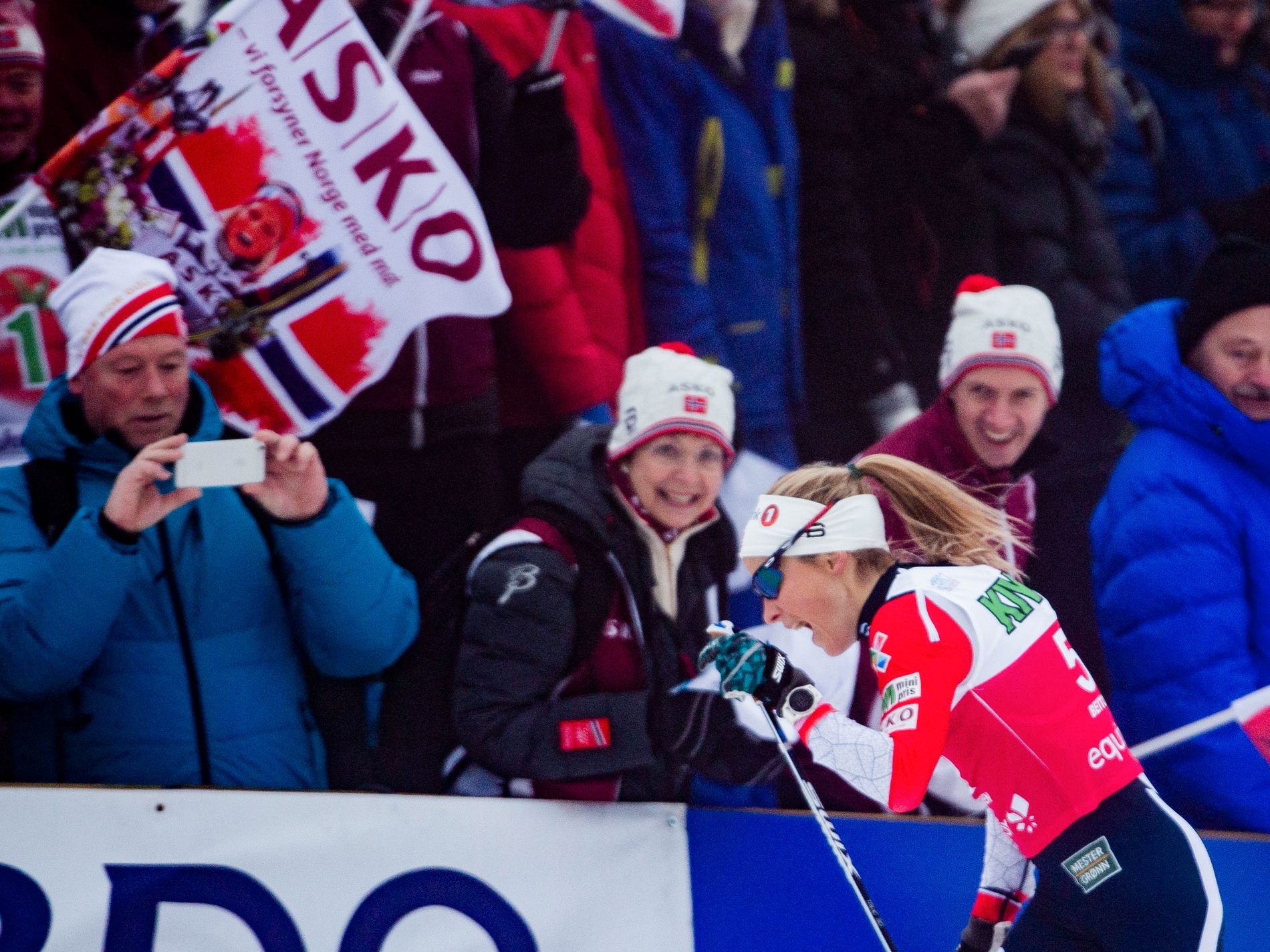 That's why Johaug is still a star among Norwegians

"I've been a bit limited, and then there's no way," she said, adding that "she thinks she's skiing."

She also received praise from the sprint champion Caspersen Falla:

"Tiril was really stern today, it was impressive," said the winner of the sprint Eckhoff.

One who was disappointed – and for good reason – was Heidi Weng. Last year's Tour de Ski winner was eliminated in the quarter-finals, not pretending Beitostølen weekend. In the prologue she became number 21, and on Friday 10 classic kilometers, she finished as number seven, almost two minutes for Therese Johaug, who he won on his return.

Then Weng said about the shape of VG:

Two of them went on lucky when they became third and four in the semi-final number two, but with enough time to get the last place.

In the final heat they had five and six points respectively. TV 2 confirms: She has a contract with Peter Northugi

In other words, the final took place without runners like Heidi Weng, Ragnhild Haga and Kathrine Harsem.

VG will come back with more.