The government has abolished the capital gains tax, will not happen on the clock of Yasinda Ardern 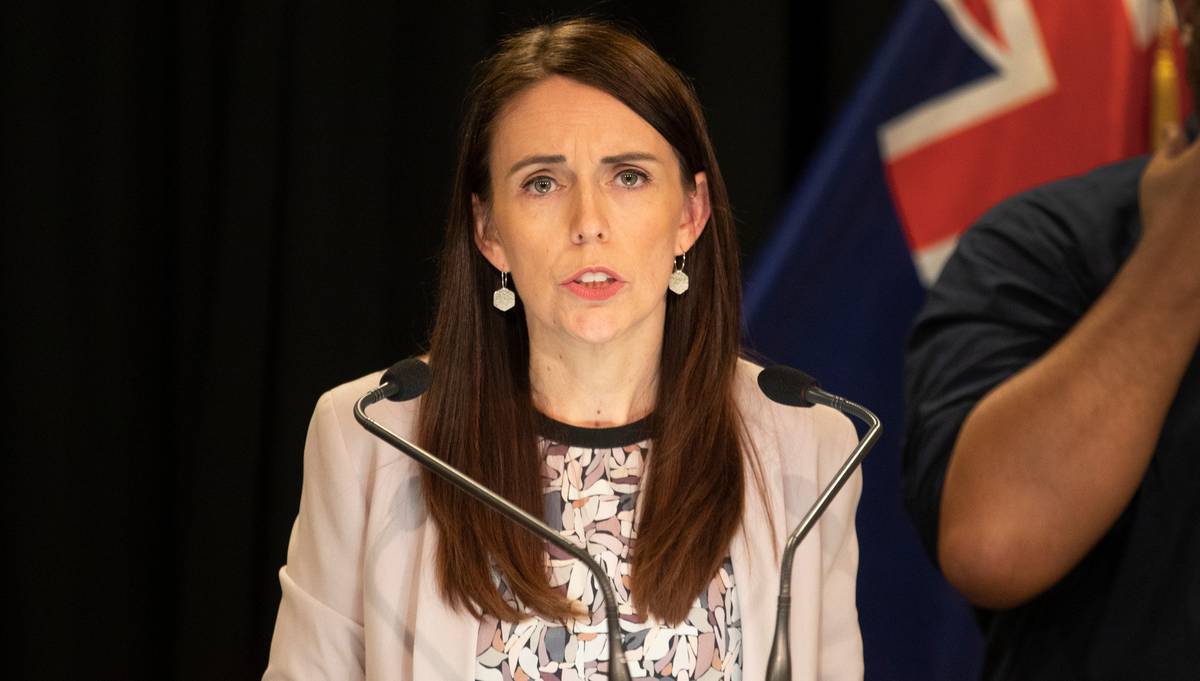 Prime Minister Yakinda Ardern announced this afternoon, saying that there is no mandate – and there is no consensus – on KGT.

In doing so, she rejected a key recommendation from the Tax Working Group – which costs about $ 2 million to run.

"The tax working group gave the government and the country the opportunity to review the fairness of our tax system and discuss the opportunities for change," she said.

"All the parties in the government have entered this debate with different perspectives and, after considerable discussions, we could not finally find a consensus. As a result, we will not introduce a tax on capital gains.

"I honestly believe that there are inequalities in our tax system that the capital gains tax in some form could help solve it. That's an argument that Trud made as a party since 2011."

Arder said the Revision of the Tax Working Group provided an opportunity for debate over the tax system.

However, it was clear that the Government would only proceed if there was a consensus within the Cabinet.

Arder said that she had spoken with the TRG chairman, Sir Michael Callen, who said he understood the government's decision.

She confirmed that no consensus was reached today – and said she did not have a mandate for such a tax.

The CGT debate spent millions of dollars on taxpayers and over 18 months has weakened our economy by refusing business owners, investors and mothers and fathers to make progress.

Arder said under her leadership, the government will never miss a tax on capital gains.

But Arder said the government is considering other areas where it can move in order to make the tax system system more systematic.

The prime minister rejected the claim of national leader Simon Bridges that he was nationalized by her government back from the CGT.

Arder said he was still proud of the release of the tax report and said the government was not distracted by the debate.

Now CGT was out of the table at the next election and the decision showed that "this was MMP".

Arder said New Zealand did not harass the labor to make the decision.

However, it was "disappointing" that the government was unable to reach a consensus.

The main reason for not moving forward with the CGT was because it was clear that New Zealand did not want one, she said.

Arder said he was a "pragmatic idealist".

She said it was one thing to want to implement CGT – it was else to put one into practice.

The government considered a "wide range of options", but did not want to sacrifice "the simplicity of the system".

"In the end, none of them was successful," Arder said.

She said the current glow test will stay where it is, after five years.

However, the prime minister insisted that the review was not a waste of money – because we notice that the CGT changes contain only one part of the report.

She said she had a "strong relationship" with Greens and NZs first.

"We can not introduce something for which we do not have figures for parliament," Arder said.

Arder said that today's decision is "only the government's process of MMP".

The tax policy for 2020 will be taken before the next election – but she said she would not include a tax on capital gains. When Ardern told the Labor MP, the CGT would not be adopted, there was "disappointment," and "acceptance."

Revenue Minister Stuart Nash and Finance Minister Grant Robertson later announced today the rest of the Government's response to the TGG report – had nearly 100 recommendations, and the CGT was only one, Ardern said.

"We in New Zealand First, we wanted first and foremost for New Zealanders to have time to discuss and debate on the content of the report."

He first listened "very carefully" to the public, said Peter.

"There is already an effective tax on capital gains through the Bright Line test brought by the latest national government and New Zealand's first place opinion is that there is no single major reason or mandate to introduce a comprehensive tax regime for capital gains."

The current tax policy, if implemented by an appropriately separate Internal Revenue Department, will improve the administration of the existing tax policy and target multinationals "do not pay their proper part of the tax," Peters said.

BusinessNZ congratulated the Government for its decision not to continue with the tax on capital gains.

"Our members were very clear that they did not see the justification for the expensive new tax that would reduce the competitiveness of the business sector in New Zealand without noticeable profits.

"The government should be commended for listening because New Zealanders have made their views clear.

"It is clear that the NZ first played a significant role in the tax on capital gains that did not take place, and the business community would thank them for not jeopardizing their concerns.

"We feel that the process of proposals of the working group followed by extensive consultations is successful in achieving the result that can be supported by the majority of New Zealanders.

The call of the tax working group has been denied

The rejection comes after the Tax Working Group (TGG) in its February report delivered approximately 100 recommendations.

According to the group's proposal, CGT will cover investment properties, land, stocks, business assets and intangible assets such as intellectual property.

The recommendation of the tax working group is recommended that the CGT will exclude the family home, cars, boats and artworks.

Revenues from the CGT will also help pay other initiatives – such as lowering the Personal Income Tax rate and lowering the tax rates for KiwiSaver for low- and middle-income depositors.

Three members of the group prepared their "minority report" – which suggested that the amount of additional revenue that would charge the tax would be "relatively low".

After the group's report was released, Finance Minister Grant Robertson said it was "very unlikely" that all recommendations would be implemented.

National strongly opposes any form of CGT and has pledged to abolish any law that the government has established, which could give effect to such a tax.

Once the Government will tell which of the TGG's recommendations will be adopted, officials will work on drafting legislation to pass the law.

The Government will adopt any legislation to implement any policy changes arising from the report before the end of the parliamentary term.

Robertson promised not to take policy measures until April 1, 2021 – "to give New Zealanders a chance to vote for any decisions made by the government."

The Labor Party, led by Phil Goff, campaigned for a 15 percent tax return on capital gains.

2014: The Labor Party, now headed by David Cunningh, is again campaigning for the same KCT policy.

2015: In the May budget this year, the then Prime Minister John Kij introduced a bright line test that requires income tax to pay for all the benefits of residential properties if sold within two years – a form of CGT.

2017: The Labor Party led a campaign to form a tax working group that would address CGT.

2017: In November a tax working group was formed and Finance Minister Grant Robertson ruled out a tax on capital gains in the family home or land under it.

2018: In February, the government expanded its light from two to five years.

2018: In September, the tax working group released its interim report which provided little more detail on its considerations for CGT.

2019: In February, the group released its final report which included a CGT recommendation.

2019: Today, the government announced its decision on which the recommendations of the tax working group were adopted.