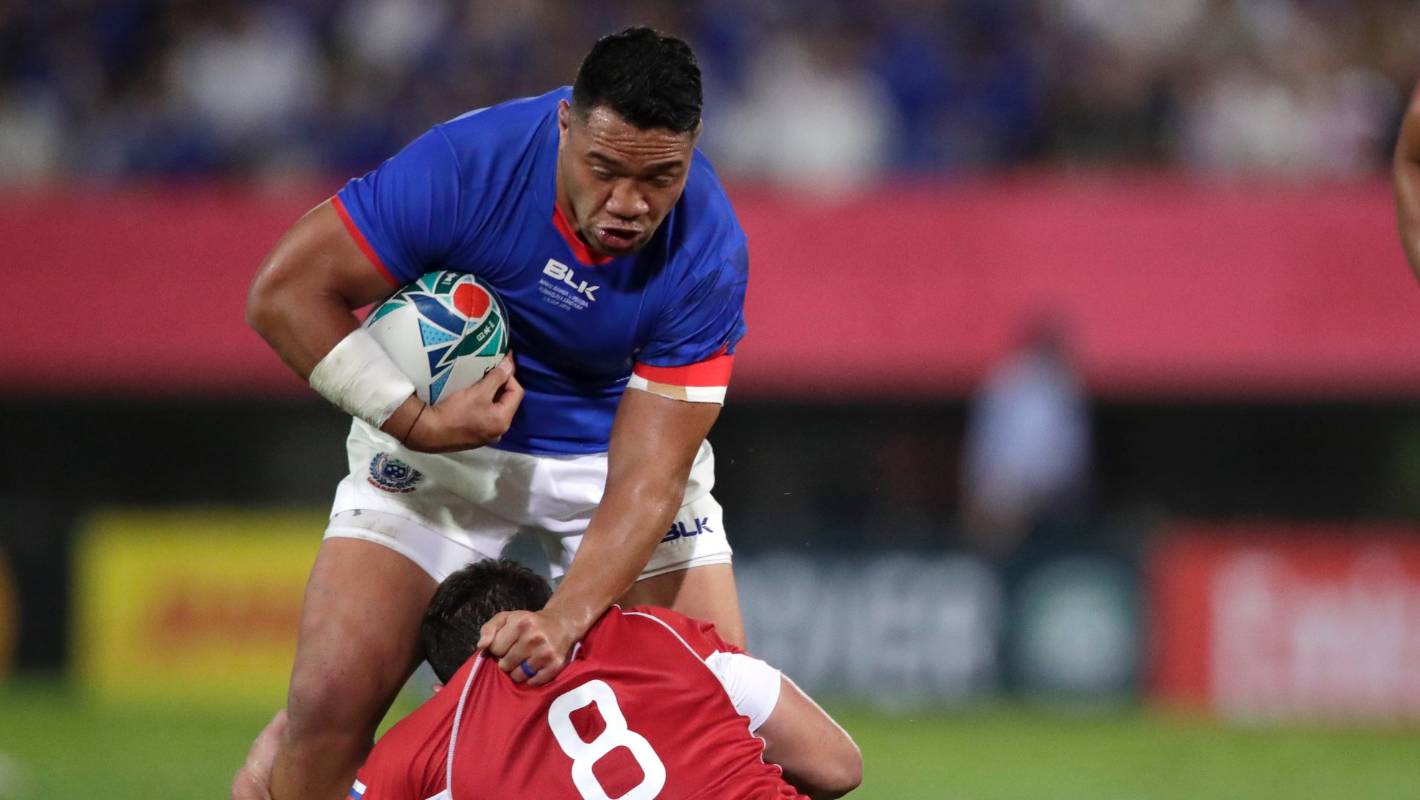 In this case, we have the following:Samoa have lost another player for their next three World Cup matches.

Hooker Motu Matu'u was banned for three games by an independent judicial committee for a dangerous tackle in his side's win over Russia earlier this week.

He joins team-mate Rey Lee-Lo on the suspended list after Lee-Lo suffered the same punishment for an almost identical offense.

Because Matu'u was concussed in the incident, Monday's key match against Scotland will not count towards his punishment. He failed a head injury assessment and did not return to the match after halftime and was already unavailable to play Scotland in Kobe due to concussion protocols.

He misses their other pool games against Japan and Ireland, as well as a quarterfinal if Manu Samoa makes the knockout rounds.

Matu'u was shown a yellow card for the tackle on Russian captain Vasily Artemyev on Tuesday, which came just two minutes after Lee-Lo was also sent to the bin for a high tackle on the fullback.