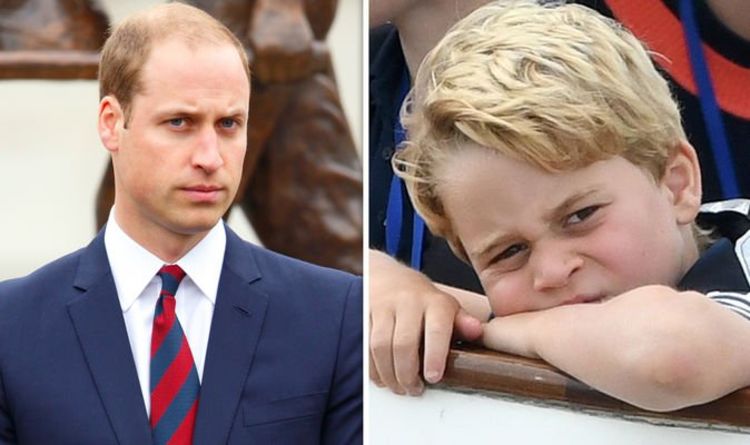 The Duke and Duchess of Cambridge have repeatedly stated that they want their children, Prince George, Princess Charlotte and Prince Louis to have a normal upbringing without the pressures of a royal future ahead of them. However, speaking to People Magazine, royal author and biographer Ingrid Stewart claimed their wish is simply unrealistic. She said: “The Queen in the Fifties said she wanted her children to be raised as normally as possible.

Even if the royal children might never live as “normal children”, William and Kate have done everything they can to behave like traditional parents.

In a 2013 interview with CNN, the Duke of Cambridge admitted he was terrified the day Prince George was born.

Describing how he felt during his first appearance on the steps at Lindo Wing for the birth of his child, Future King said: "I thought it was more shocking than I was feeling, but I was on such a high anyway, and so it was Catherine, about George that we were really happy to show him off to whoever wanted to see him.

"As any new parent knows, you're only too happy to show off your new baby and, you know, proclaim that he is the best looking or the best.

"It's nice that people want to see George.

"I'm just glad he wasn't screaming his head off the whole way through."

The second in line to the throne also admitted that when he deftly secured his son's car in the back of his vehicle on the first try, it was not just luck.

According to a 2015 Daily Telegraph report, as millions saw the new princess for the first time, the Duchess of Cambridge expressed fears Charlotte might be "cold".

Despite Prince William reassuringly saying to her "No, she's fine, she's good", the doting mother said: "Let's take her inside."

Charlotte and George, now 6 and 4, recently appeared at the King's Cup royal sailing regatta alongside their parents and grandparents.

In one video, Kate is seen encouraging her four-year-old daughter to wave at onlookers in Cowes, Isle of Wight, but playful Princess Charlotte had other ideas and stuck her tongue out instead.

The footage – uploaded to Instagram by InStyleMagazine – was praised by royals fans, with parents especially referring to Kate's "fantastic response".

The Duchess was in fact seen throughly enjoying her daughter's antics and laughing afterwards.