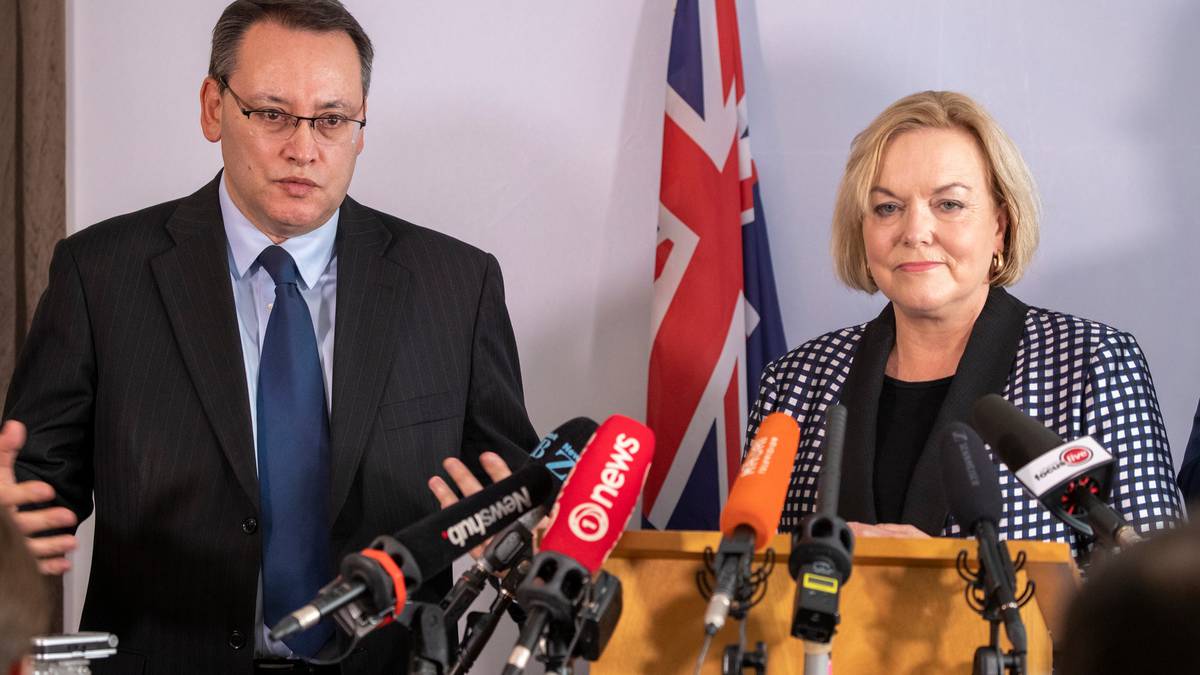 National leader Judith Collins is confident she will win the leadership vote in a parliamentary session this morning – but remains firm in her preference for a deputy.

Speaking to the media before the meeting, Collins said he believed the party was satisfied with its leadership.

“I believe that the parliamentary group is very pleased with what I did – but also the party needs stability and needs to move on.

According to the party’s constitution, the parliamentary group votes for the leadership after each election.

Collins is not expected to be challenged, but current Vice President Rye Brownlee said last week that he would not give up his name to stay in the role.

Collins had previously said that she and Brownlee had been given the “hospital pass from hell” and only agreed to be leaders after being asked by the caucus.

Health spokesman Shane Rhett is the front-runner for the job, but it is understood that Michael Woodhouse has also considered naming the post.

Collins would not want to attract whoever she wants as her deputy.

“My choice will be whoever the parliamentary group gives.

Neither Brownley, who was in the media, will stand with her.

He said he had not been pushed, but would not say whether he planned to run for re-election in 2023.

High-ranking whip Barbara Kuriger said Brownley had stepped up as deputy at a time when the party needed someone with experience.

“I do not think he had any long-term ambition to be a deputy again, but he got involved and we supported that. “I respect his decision to stop now.”

A senior lawmaker – once the promising leader Mark Mitchell – has told the media he will not run for deputy leader.

Like Todd McClay, who told the media he said he was happy to support Reti.

“I think he is the absolute right person for the job. “He resonates with the people of New Zealand, he governs important areas of politics well and respects the parliamentary group.”

He said that Gary Brownley worked very hard and that he respected him a lot.

Chris Bishop did not say who he supports as deputy, but ruled out putting his name forward.

Asked if he had any leadership ambitions, he said no. He said his ambition was to bring back the Hot South electorate, which he won in 2017 but lost in 2020.

He said he once ruled out a challenge for the leadership.

This morning, the Herald announced that Collins was seeking to split the finance portfolio between Simon Bridges and Andrew Bailey.

She will not be attracted to this, but she will also not deny it, saying that “there will be surprises”.

Former Northland lawmaker Matt King, who lost his seat in the last count, said he was very sad he would go, but whether “100 per cent” would try to be re-elected in 2023 if re-elected.

The former police officer objected to the counting of votes in Northland, as he was advised that he would probably not succeed.

“Interestingly enough, I lost by 163 votes and heard that there were about 200 votes from the Ngava prison. “I put some of those guys there, so probably none of them are mine.”

Maureen Pug, who survived Nacional’s final result as Northland and Maungakikie fell into the hands of Labor, said she was surprised.

She had already packed her office and apartment on the eve of returning home and had to spend the weekend to get back.

She did not say who she supported as deputy, but she did support Brownley in his day and did not believe he had made any mistakes. “There was a lot of tension in the situation we were in and Gary served us pretty well.”