Little Drummer Girl: producers reveal why the government got involved in this scene. Television and radio Showbiz and television 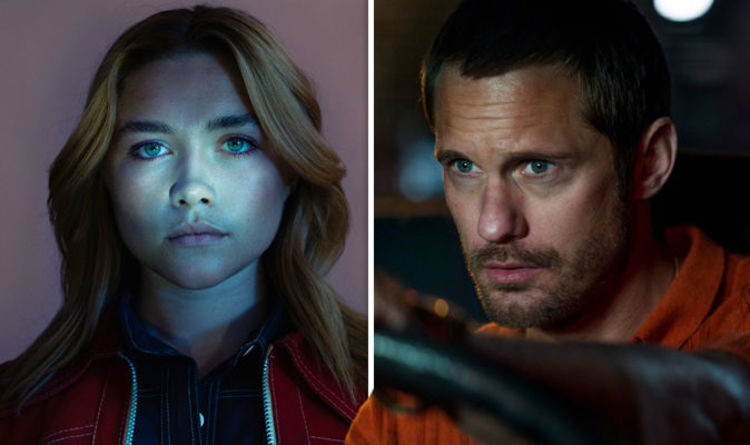 Little Drummer Girl follows Charlie (played by Florence Pugh) and his spied companion Becker (Alexander Skarsgard) during the expedition to kill a group of terrorists.

But the first episode of the BBC drama showed that the couple were romantically involved in the famous Greek Acropolis.

And although the incredible structure presented incredible scenes of the scene, achieving this was not an easy task.

Speech to the press, including Express.co.uk Simon Cornwell, executive producer of the spy thriller, explained the truth about this scene.

While filming at the viewpoint, he denied that any problems with filming appeared in this place.

He continued: "No, we were lucky – there was no controversy when filming the acropolis."

However, he went on to reveal that the team had problems elsewhere.

He explained: "There was one more archaeological site that caused temporary hiccups, which was solved by Laura [Hastings-Smith, producer] office."

Simon then talked about working with the government during the filming of the series, saying that they are "extremely helpful."

Speaking of the event, he said: "Shooting on the acropolis was very important.

"And shooting at the Acropolis at night was the first in two and a half thousand years since it was built."

"But when the Greek government pledged to do this, they were incredibly helpful."

The producer who also brought the Night Manager to the screen went to the cinema in the orientation point: "One of the most amazing nights in my life".

Simon also earlier revealed to Express.co.uk that Charlie's character is based on the author's sister, also named Charlie.

Nevertheless, the producer added that the name is a place where the similarities have ended.

He said: "I would not put pressure on her, but maybe they were a bit radical, and at the same time a bit crazy at the time." They have now become a little more refined. "

Charlie's real life is still here, he continued, saying: "She is part of the RSC [Royal Shakespeare Company].

"In the 1970s, she directed a very successful Rock Follies program."

The Little Drummer Girl continues Sunday at 21:00 at BBC One.