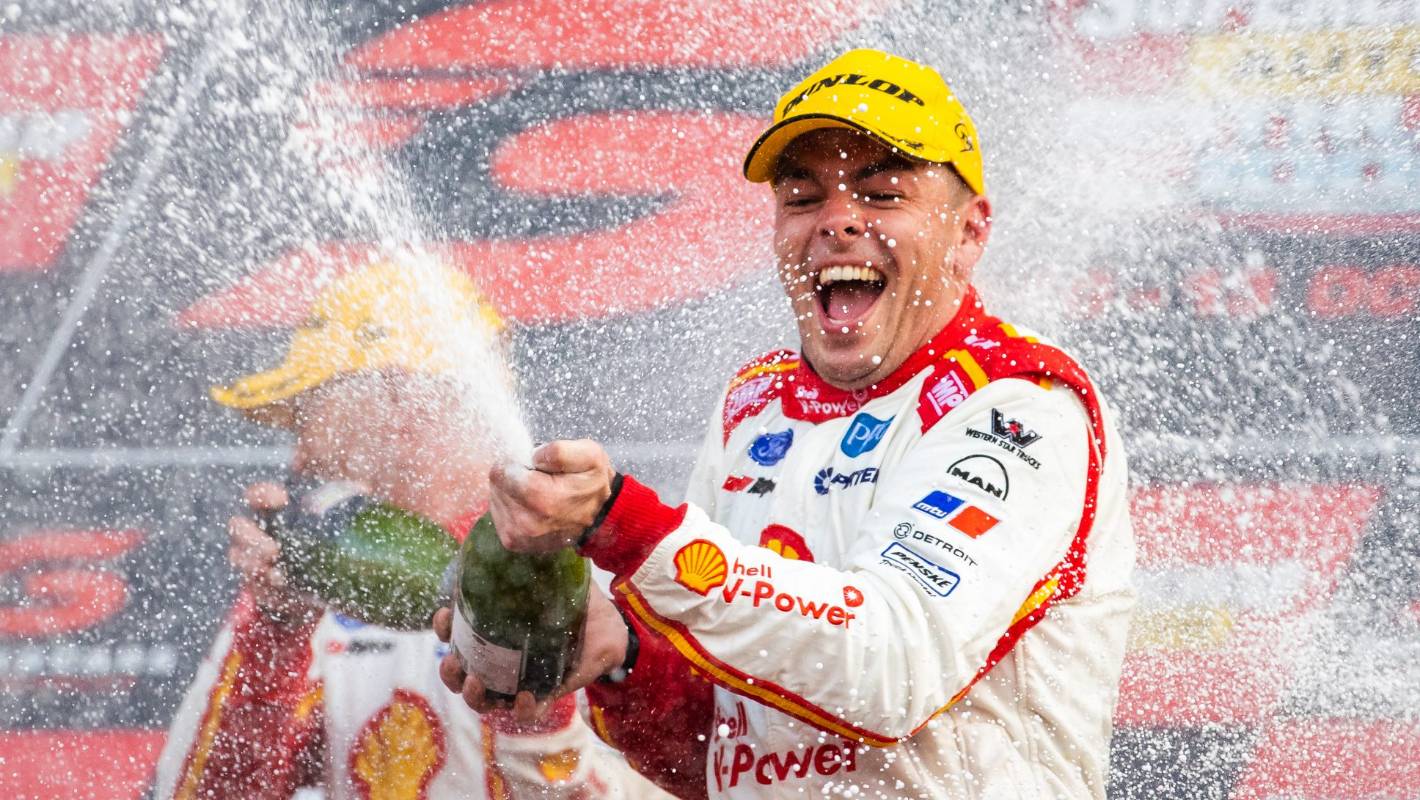 Supercharged champion Scott McLaughlin will save his celebrities until he steps out of the paddock for which he is labeled "toxic".

McLaughlin's garage was almost buried Sunday after the Sandoon 500, despite the ninth ending of PISC star Penske securing back-to-back titles.

The excitement of his achievement was diminished by the pre-trial sentence imposed on him and his team for violating last month's Motorbike 1000 engine.

McLaughlin and co-driver Alex Premat were sent to the rear of the crash rack, which also resulted in the deletion of the New Zealand pole position and the Panorama Mountain lap.

The pair retained their victory in the 1000km endurance race, however, after the engine shifted after the shootout.

It is the second time DJR has been punished by the controversial Bathurst, with a record $ 250,000 (270,000 NZ) fine and the loss of 300 team points awarded for issuing an illegal team order for champion teammate Fabian Coulthard to "go slow" and field it.

McLaughlin has described the past few weeks as a "difficult month" and acknowledged he will enjoy his success in a more private environment with friends and family.

"I'll just go with my friends away from this toxic paddle," he said.

"I have become a hobby in the profession and really enjoy it, but there are some individuals that are obviously disagreeing with what we do as a team."

Red Bull Holden race boss Roland Dunn called the penalties "light" and said McLaughlin and his team were lucky to retain the race.

"You cannot distance yourself from the fact that victory in Bathurst has been ruined forever and now the pole vanishes," Dane told News Corp.

"It's not good and it's not the way to have the biggest race of the year in Australia."

Winning Jamie Winkup and Craig Lundes on Sunday means the Newcastle 500 season ending November 22 will be a shootout for the Red Bulls and DFR teams.

It's a match McLaughlin has promised to be ready.

"Look at the last three years, our two teams have basically been at war in some way," he said.

"It's cold. We want to beat hell with each other, but we have tremendous respect between the two sides.

"It's a really cool thing."