A man in a police chase knocks on a door with a swastika tattoo on his face, police say 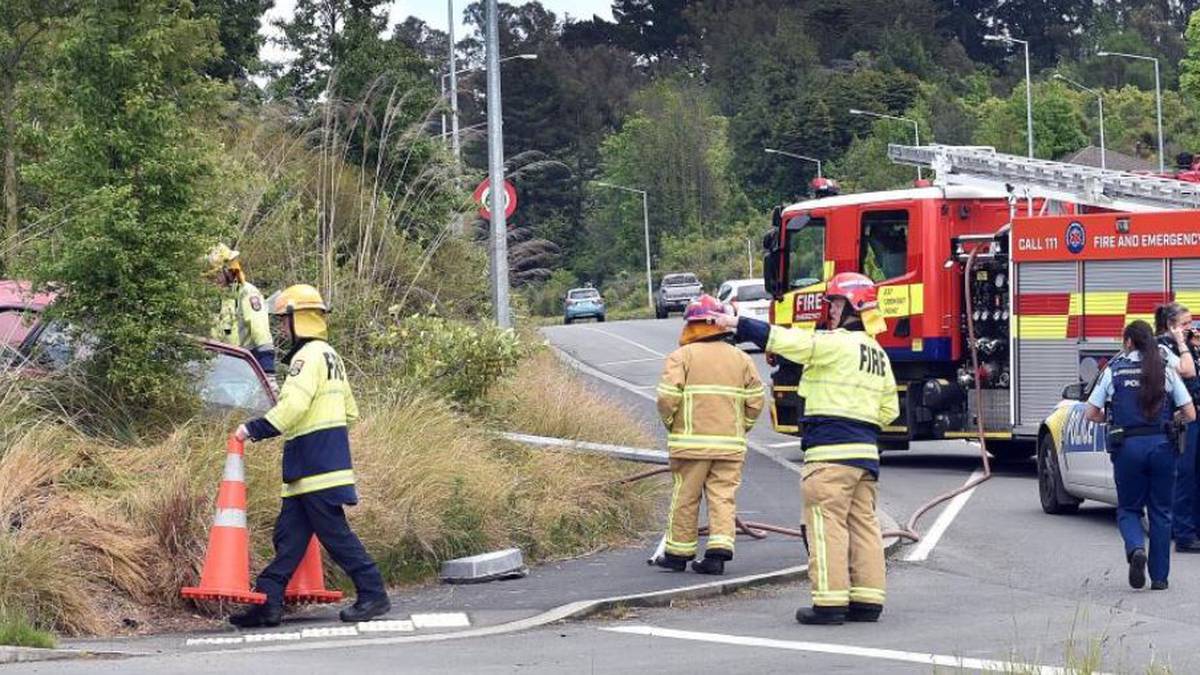 The driver tried to turn into Burnett Street, but failed – he hit a pillar with a lamp and hit the bushes. Photography / Peter McIntosh

The driver of a vehicle that crashed into a bush while allegedly fleeing police in Dunedin yesterday was the same man who was reportedly knocking on doors and telling people he was “raising funds”, police said.

The 29-year-old man will face court on a series of charges following the chase, but no case has been established in connection with the knocking on the door.

“The vehicle initially stopped, but then took off – the police followed and a chase was launched.

The vehicle was traveling through Pak’nSave and Warehouse car parks, to Hillside Road and finally Anderson Bay, where another vehicle allegedly “clicked”, he said.

Then proceed to State Highway 1 heading south “at speed”.

The driver tried to turn into Burnett Street, but failed – he hit a pillar with a lamp and hit the bushes.

The driver, who was not wearing a seat belt, was taken to Downidine Hospital as a precaution.

Bond confirmed that the driver was the same man with a swastika tattoo on his face who knocked on doors in St. Clare and other suburbs on Monday night.

“The police have investigated the matter and found that there is no offense, but they encourage the public to give money only to recognized charities, and not to random members of the public knocking on doors, because it only encourages them to return,” he said.

The man will appear in Danidin District Court on Tuesday on charges of staying, stopping, reckless driving, stopping for injury and shoplifting.