Tunisia – business research from 2019: More than one in two business managers think their activity will be threatened within two years if the economic situation does not change 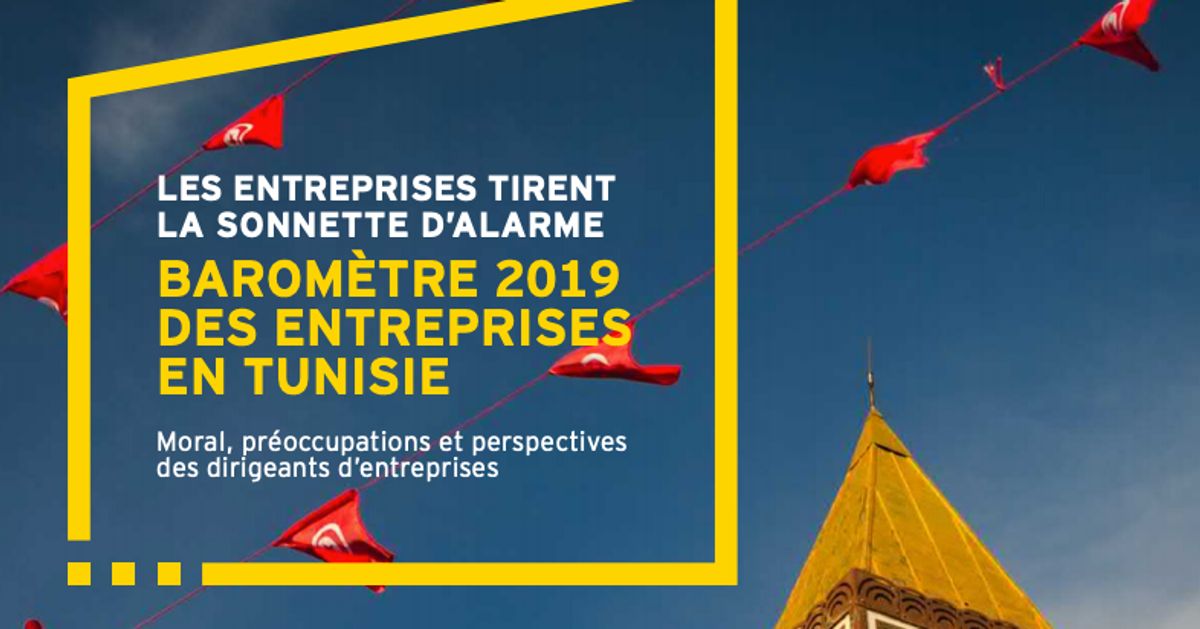 What are the concerns and perspectives of Tunisian business leaders in 2019?

The second illuminates the morale, concerns and perspectives of business leaders: "Seven years later, the 2019 release shows how many Tunisian companies settled in a widespread uncertainty situation with 58% of respondents who believe that their activities will be threatened in the next two years , while they were only 25% in 2015. This figure is 68% for small businesses, "the report said in a report stating Tunisia's resilience capacity" seriously undermined ".

Here's what you need to remember from a business barometer in Tunisia.

In 2018, 93% of business leaders believe the political situation in Tunisia is bad. "This is partly explained by the dislocation of the ruling coalition and the difficulties faced by governments in setting key economic reforms," ​​the report said.

According to CONECT President Tarek Sheriff, "it is legitimate to make major reforms and make courageous decisions such as improving the performance of the education system and vocational training, as well as rectifying wages." These reforms can significantly affect business- climate, "he notes.

Only 1 out of 2 business leaders believe that in this election year, the political situation will deteriorate.

A slight improvement in economic and social perception

89% of business executives make a negative assessment of the economic and social situation during the year 2018, shows E. J versus 91% in 2017.

Smaller better explained by a better growth rate in 2018 compared to 2017.

However, the report states "a very high degree of dissatisfaction with the economic and social situation can be explained by the alarming level of the main macroeconomic aggregates."

More than one in two (56%) entrepreneurs believe the situation will worsen in 2019. According to them, if there is a slight improvement, it will not have a major impact on the economy. business life.

An investment climate is equal to itself

Deterioration of the economic situation, the main concern

The main concern of business leaders is the worsening of the economic situation in the country, about 69% of them.

The deterioration of exchange rates, the social situation, the pressure of the trade union organizations and the relevant trend of inflation are the three main problems.

Compared with previous reports, E.Y notes that the inflation trend for the first time enters the top 5 concerns of business leaders, while leaving the issue of tax burden. This can be explained, in particular, by the growth of galloping inflation and the new Finance Act 2019, which is considered to be more favorable for tax purposes, explains E.Y.

The threat of the resilience of Tunisian companies

58% of business leaders believe that if the current situation continues to deteriorate or even worsens, their activities will be threatened within two years. They were only 25% to think so in 2015.

This figure is significantly increased among small and medium-sized businessmen. In fact, nearly 7 out of 10 SME managers believe their activities will be threatened within 2 years if the current situation continues.

According to the report, the most serious sector is ICT, with 42% of companies registering an improvement in their activity, and 54% claim to have remained stable between 2017 and 2018 in terms of turnover.

2019, between the stability of the activities planned for companies and optimism

Among the most optimistic, we find the leaders of companies working in the ICT and automotive sector. "These two sectors, which are mainly exporters in Europe, benefit in principle from a positive effect on the exchange rate of their turnover," describes E.Y.

Given the current situation, 41% of business leaders plan to use partnerships with other companies or institutions, a permanent choice from 2015.

The succession of family businesses, where are we?

"Who says they are well treating succession issues, said to ensure the sustainability and efficiency of the family business for the benefit of all stakeholders," Sami Saui, EY Consulting Partner, said by joining HiFeam Elumi, executive director of COFICAB: "What is very important at the level of the succession of the new generation is the transfer of the DNA values ​​of the group, this is what will enable the growth and sustainability of the family business.

Today, this seems hidden, as 36% still do not know which scenario to choose for the property, while only 22% opt for intergenerational transmission with capitalist and managerial recovery in the family.

This lack of prediction has resulted in "an array of succession operations missing out on the ground due to lack of preparation," said Anis Ladad, a partner for advisory services for transactions.

According to the report, "97% of family businesses that did not define the inheritance policy do not survive over the third generation."

For Barometer 2019, E.I. interviews leaders and senior executives. The total survey involved 264 companies representing 151,000 employees and a global turnover of about 31 billion dinars.

Find articles on HuffPost Tunisia on our Facebook page.

Find articles on HuffPost Tunisia on our Twitter page.