“They already have to behave well”: without naming names Lopez Obrador accuses foreign mining company of not paying taxes 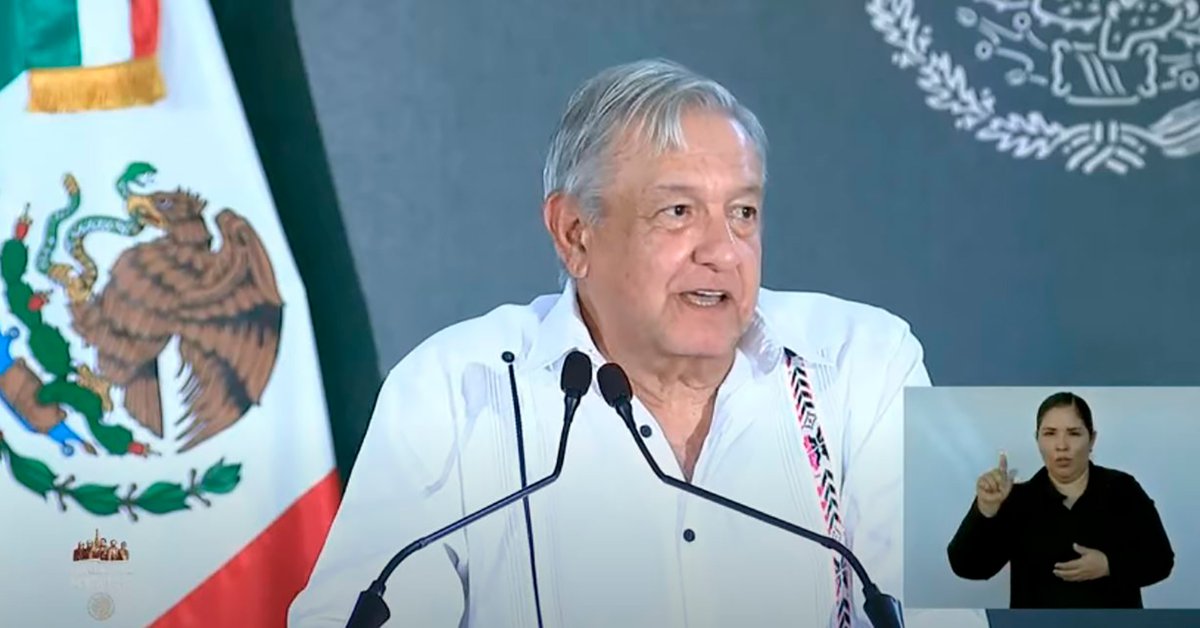 At his conference on road surveillance San Ignacio – Tayolita, President Andres Manuel Lopez Obrador assured that there is a foreign company in the mining industry region of it is awaiting trial with the Government of Mexico because they did not want to pay the appropriate taxes.

„Now we must all be good according to the Constitution, since Article 28 was amended, Monopolies are no longer allowed and there is no tax waiver. “We all have to contribute, we all have to help.” Those were the words of Lopez Obrador. and he confirmed that his government was already working on the issue to resolve it.

“Now we must all behave well,” was the president’s invitation to abide by the new statutes of the law. The Andres Manuel administration has reiterated its commitment to ending foreign companies’ monopolies. Last March, The Official Gazette of the Federation published the decree amending the first paragraph of Article 28 of the Constitution on tax forgiveness.

“In the United Mexican States Monopolies, monopoly practices, tobacco growers, tax waivers and tax exemptions are prohibited in the conditions determined by law. “The same treatment will be given to bans as protection to industry.”

The reform was approved by the Senate in December 2019, but it was not until February 2020 when the two houses of the Union Congress issued the constitutional approval.

According to the directory of the Ministry of Economy, Most foreign companies operating in the Sinaloa region are of Canadian origin. Among the materials most used by foreign entrepreneurs are gold, silver and copper.

According to the Ministry of Economy, The mining and metallurgical sector contributes 2.4% of the National Gross Domestic Product (GDP). Also this year, Mexico was the 2nd largest research budget in Latin America and 5th in the world according to S & P’s annual global intelligence report.

Data from the General Directorate of Mining, 45 production units operate in Sinaloa, from which 14 gold mine, 6 works with copper, silver plant, 4 gypsum plants and 3 salt plants, among other materials.

On Sonora State Government shared that its territory It has more than 5 thousand mining concessions, which represents more than 43 thousand square kilometers, 23% of its area. Comparatively, this amount is greater than the sum of the areas of the states of Quetaro, Aguascalientes, Colima Morelos, Tlaxala, Hidalgo and Mexico City.

At the same conference on oversight, the president noted that taking over stands also affects public finance money. Say ““Remember that the budget is everyone’s money.”

He stressed the importance of investments in Sinaloa, for the San Ignacio-Tayoltita highway the investment will be greater than 700 million pesos already planned for the Budget for 2021.

“It is an investment with a lot of justification, with a social dimension because it is interact with these very neglected underprivileged communities and I’m talking about marginalization thinking they are communities, nations marginalized by the benefits of development“not marginalized from development because they have contributed a lot.”

MORE ON OTHER TOPICS:

We do not want to leave things unfinished: Lopez Obrador claims that waiting is left by other administrations

Felipa Obrador really had contracts, but they will be terminated, AMLO and the managers knew: Pemex