Nuevo León will build a greater Christ than Brazil 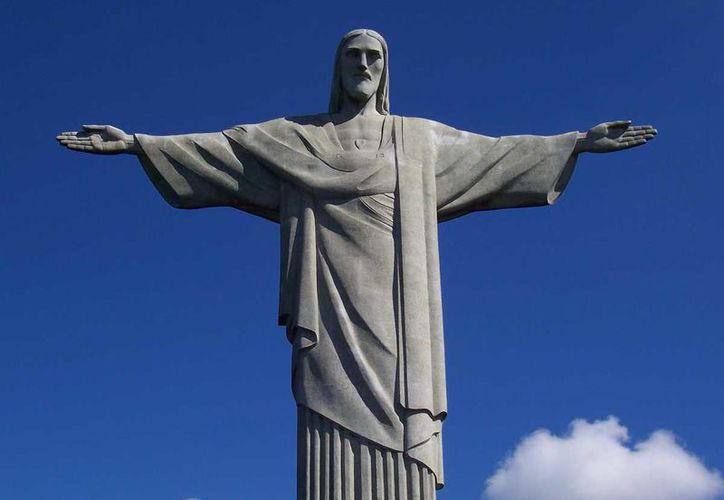 Agency
NUEVO LEÓN.- To have a new attraction for tourists, Nuevo León he will have a monumental Miraculous Christ it will be higher than Christ of Corcovado, which is located in Brazil, and which will be erected in record time of one year.

In the esplanade, which is already being prepared on a gentle hill at the height of Los Cavazos, this monument will be erected on the initiative of several entrepreneurs and in coordination with the Archdiocese of Monterrey and with the help of donations.

You may also be interested in: Unicef ​​is celebrating! Prohibition of deportation of migrant children

Project of the foundation Cristo Milagroso A.C. It will be located in the municipality of Santiago, which is considered a magical city. The sculpture will have a height of 33 meters and will be on a 5 meter concrete baseThe land belonging to the businessman Luis Adnon began flattening in the upper part with heavy machines.

It is believed that the first stone of the project will be placed on December 23. The monumental Christ will be placed in the center of an esplanade with an area of ​​10,000 square meters and will be an attraction for religious tourism, and according to its promoters will go hand in hand with the architecture of the municipality of Santiago, proclaimed by the secretary a magical city of tourism.

Through its Facebook page, the Cristo Milagroso Foundation announced the implementation of the work that will be responsible for Oscar Garza Valtier and Luis Castro Villarreal from KWN Arquitectos.

Nuevo Leon will have a monumental Miraculous Christ who will be taller than Cristo del Corcovado, which is located in Brazil.
Project of the foundation Cristo Milagroso A.C. It will be located in the municipality of Santiago.
It will measure 33 meters and be on a concrete base of 5 meters. pic.twitter.com/EY7rJWdGCq

The location will be up, which is located in Fractionation San Jorge, in the seta monastery for religious is considered The Order of the Discalced Carmelites, in addition to a church that can accommodate 150 people. Although the progress of the monastery and the church would have been the subject of received donations.

A wonderful Christ will surpass by three meters the famous Christ of Corcovado, who is in Brazil.

Thanks to information from Excelsior and Multimedia.