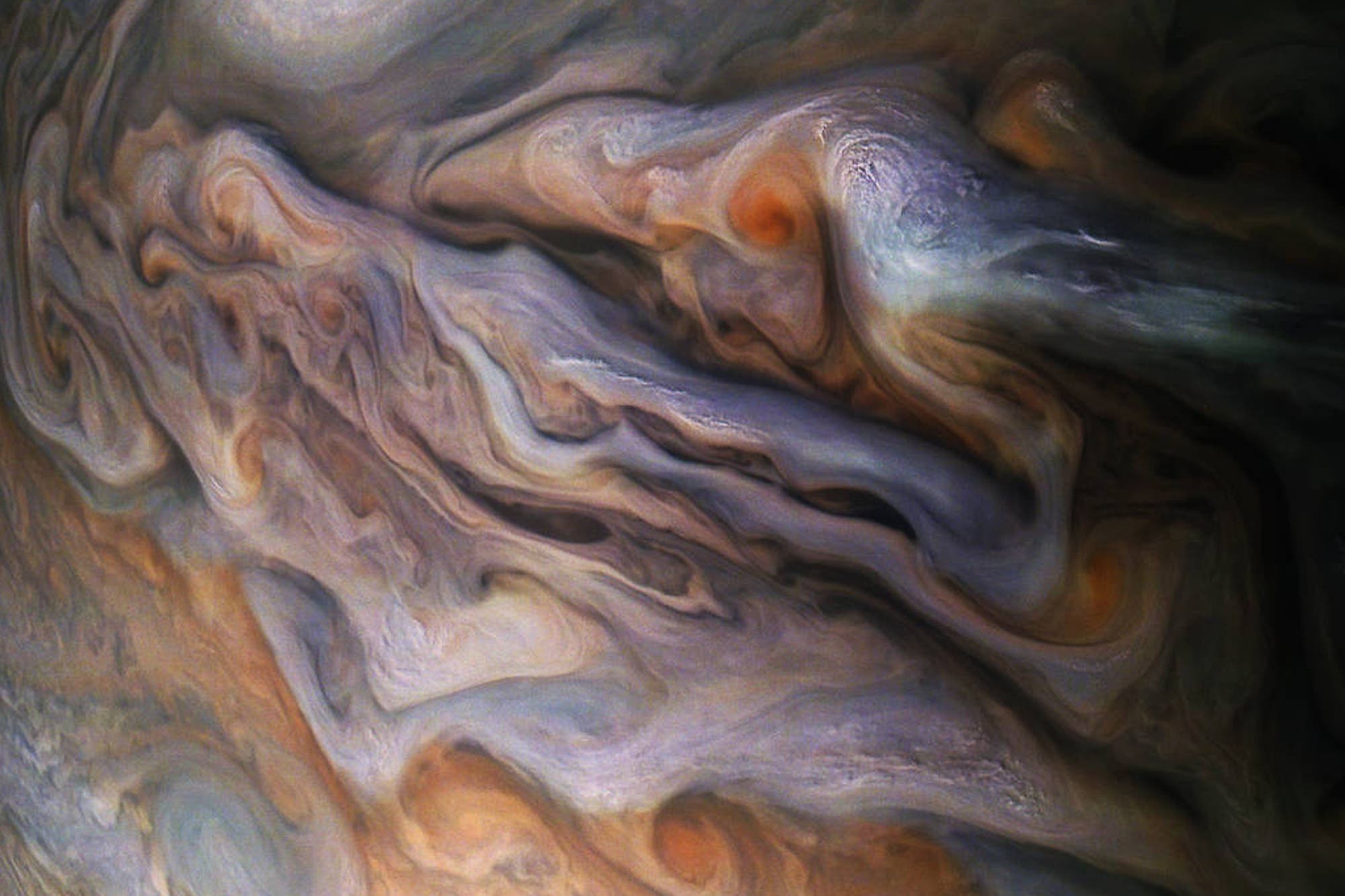 Special Juno ship arrived in Jupiter on July 5, 2016. And since then it has completed about 16 laps, which marks its sixteenth round on the largest planet in the Solar System. In each of them a space probe sent from
NASA was closer to the gas giant, which allowed to obtain impressive images on various atmospheric phenomena.

The last photos were recorded on October 29, just 7,000 kilometers away, which resulted in very sharp images; High resolution JunoCam product immersed in a space probe.

In the sequence "a lot of great spinning clouds were captured in the dynamic belt of the Northern Moderate Jupiter, and a few bright white" emergent "clouds appeared, as well as an anticlon storm, called a white oval," he explains.
NASA in a statement published on its website. Between different shots you can also see a rich orange and reddish belt, located about 40 degrees north.

Researchers Gerald Eichstädt and Seán Dora are the ones who dealt with image processing. "We are still discovering new hidden forms in the spinning clouds of Jupiter" – reported after the discovery.

Juno's mission is scheduled to complete 35 laps, in fact it will end in July 2021. When the ship breaks boldly on the planet. Until then, there may be many more amazing images.