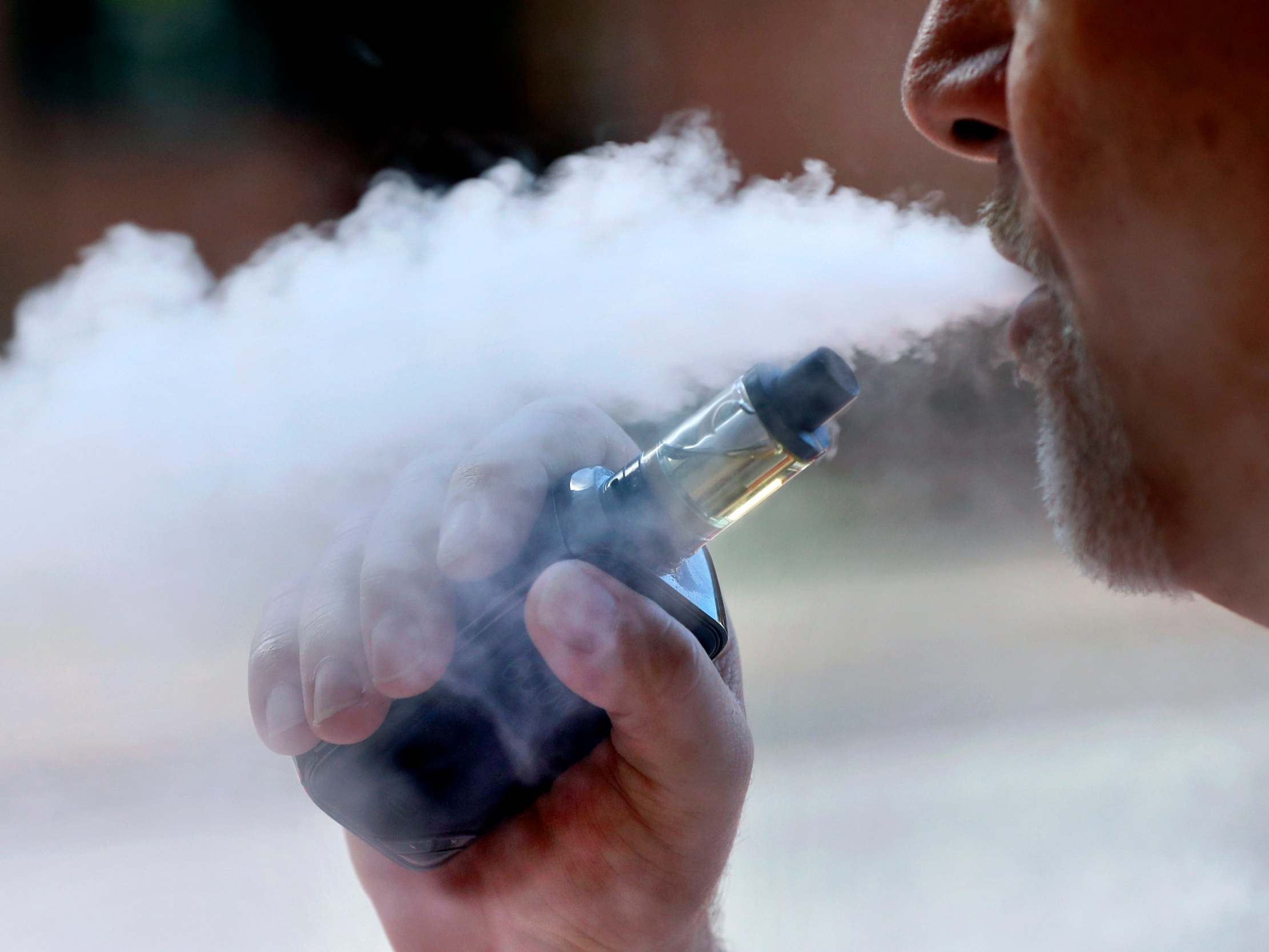 A man in his forties with 'no prior lung disease' has become the eighth person to die from vaping in the US, health officials have said.

The Missouri man – who is the first person to die from vaping in the state – started using e-cigarettes in May this year, according to the Missouri Department of Health and Senior Services (DHSS).

"This is an unfortunate case of a young man with no prior lung disease who started vaping because of chronic pain issues," said Dr Michael Plisco, a critical care pulmonologist at Mercy Hospital in St. Louis, where the man in question died.

Medical experts say his lungs cannot provide the body with enough oxygen, which happens when they become inflamed due to an infection or injury.

Dr Plisco said: “It started out with shortness of breath and it progressed rapidly and deteriorated, developing into what is called acute respiratory distress syndrome (ARDS). Once the lungs are injured by vaping, we don't know how quickly it worsens and if it depends on other risk factors. ”

E-cigarette vapor contains tiny particles that carry flavor. Some early-stage laboratory and animal studies suggest these can damage the lungs, airways and blood vessels, but more research is needed to better understand how human bodies react to them.

No single device, ingredient or additive has been identified as the culprit. Most of the patients said they had incorporated products containing THC, the high-producing ingredient in marijuana. Others said they vaped only nicotine and more still consumed both THC and nicotine.

"We are saddened to report that this vaping-related illness has now resulted in a Missouri death and extend our condolences to his family," said Dr. Randall Williams, DHSS director.

“As previously stated, we encourage Missourians to follow the CDC guidance to refrain from using e-cigarette products if you are concerned about these specific health risks.”

According to the Centers for Disease Control, Food and Drug Administration (FDA) health experts are still investigating the diseases. US officials looking at possible causes of the outbreak have now identified 530 cases and described the surgeon in the cases as "worrisome".

According to a joint investigation by Wisconsin and Illinois health departments, about 84 percent of patients told doctors they used THC in e-cigarette devices. They reported using 14 different brands of THC products; the most common one was marketed under the “Dank Vape” label.

That label is sold online and industry sources say marketers often fill an empty cartridge with potentially unsafe ingredients and sell it to unsuspecting customers.

Medical experts encourage people not to buy e-cigarette products off the streets or add any substances to them that were not intended by the manufacturer. Health officials say people experiencing any of these symptoms should seek medical advice.