"Fantastic beasts: Grindelwald crimes" tease a new relationship between Voldemort and Grindelwald, who will have fans of Harry Potter fans thinking about the upcoming months or until the release of the film on November 16.
USA TODAY

'Fantastic animals: Gaelel's crimes' hit theaters this weekend, bringing another chapter to J.K. Rowling's Wizarding World for screens, now with 100% more Dumbledore (played by Jude Law as the younger version of the director of Hogwarts).

And although the new movie may not be as fantastic as the first, it is a perfect excuse to return to the original "Harry Potter" movies. Here are five "wizarding" movies to watch before you see "Grindelwald's Crimes", or if you just want to spend time with Harry, Ron and Hermione.

If you can not remember who Grindelwald is: "Harry Potter and the Deathly Hallows" part 1 and 2 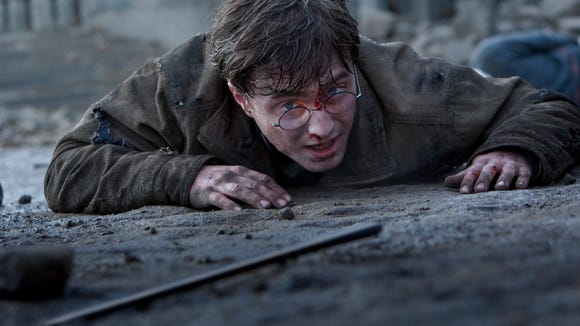 Daniel Radcliffe is shown in the scene from the movie "Harry Potter and the Deathly Hallows: Part 2." (Photo: Warner Bros.)

The black character of "Crimes of Grindelwald" is, you guessed, a guy named Grindelwald (Johnny Depp). If you saw the first movie "Fantastic Beasts", you got acquainted with the character and its devious methods, but if you want to have a full background and how it was beaten ("Fantastic Beasts" are prequels, finally), watch or watch the last two films "Potter ". In these films, we learn about the relationship between Dumbledore & Grindelwald and teenagers.

If you do not know how it connects with Harry Potter: "Fantastic animals and where to find them" 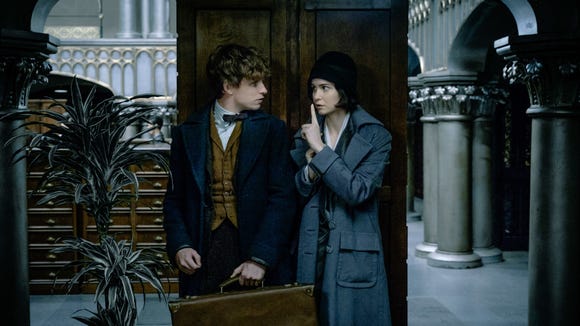 Newt (Eddie Redmayne) and Tina (Katherine Waterston) are fugitives in a mission in "Fantastic beasts and where to find them". (Photo: Jaap Buitendijk)

Even the most devoted fan of "Potter" may have problems getting into a new movie without watching the original movie "Fantastic Animals and Where to Find It." The film from 2016 was presented to us by Newt Scamander (Eddie Redmayne), his allies and the wizarding world of the 1920s, in which the threat of Grindelwald grows on a large scale.

If you want to feel old: "Harry Potter and the wizard's stone" 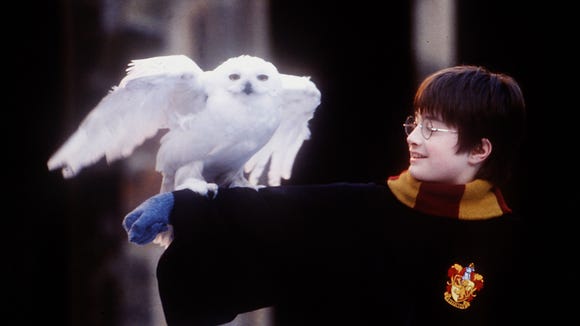 Hedwig, owl and Daniel Radcliffe in the scene from the film "Harry Potter and the wizard's stone". (Photo: PETER MOUNTAIN, WARNER BROS.)

When the first movie "Potter" hit theaters, George W. Bush was president, there were no smartphones, and Redmayne was only 19 years old. Seventeen years have passed since Daniel Radcliffe, Emma Watson and Rupert Grint for the first time dressed in Hogwarts robes, and revisiting the "Wizard's Stone" will make you feel nostalgia for the early years of "Potter" and grateful that CGI has improved so much since this movie used it to create a horrible-looking centaur.

If you want the best of the best: "Harry Potter and the Order of the Phoenix" 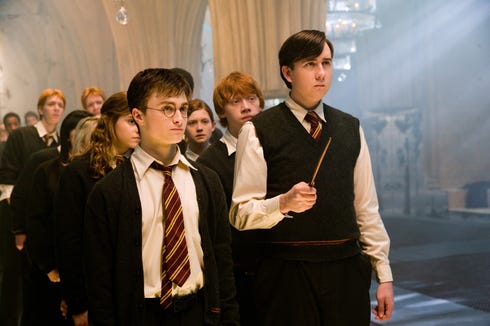 Harry Potter (Daniel Radcliffe, on the left) leads his colleagues at the Dumbledore Army meeting, a student resistance organization, in the Harry Potter and the Order of the Phoenix. (Photo: Murray Close, Warner Bros)

No offense to the admirers of "The Prisoner of Azkaban", but the best film of "Potter" is based on the worst book: "Order of the Phoenix". None of Rowling's books can really be called "bad", but compared to the other six novels, "Phoenix" is a bit exaggerated and more tiring. But thanks to the neat adaptation that destroys all the mistakes in books, director David Yates (who directed the subsequent films of "Potter" and both "Fantastic Animals") transformed the black sheep from the "Potter" series into a shockingly strong film.