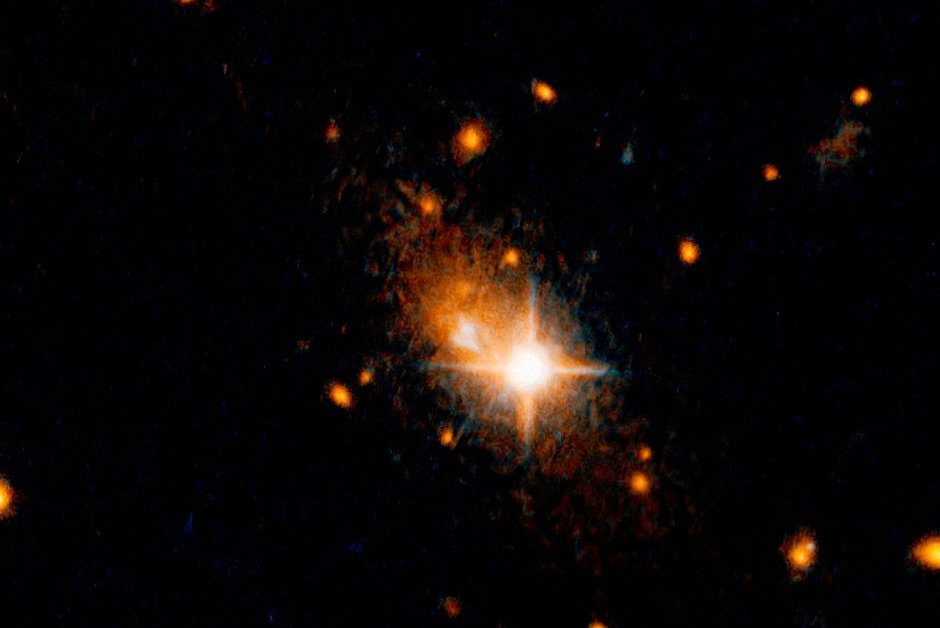 The next time you look through the window, look for inspiration, remember that the material you are watching arises in the depths of an explosive ancient star.

An international group of scientists reported on Friday that it had detected silicon dioxide – the main component of glass – in the clouds of gas and dust resulting from the rupture of two distant supernovae, located billions of light years away from Earth.

Researchers carried out observations of the Spitzer NASA to analyze the light emitted by the retreating huge cloud. They found "fingerprints" of silicon oxide – a light emitting a specific wavelength of this material.

Supernova explosions occur in the depths of a large star along with the burning of nuclear fuel resources. Burning thermonuclear reactions can no longer compensate for the huge gravitational crushing of the star, causing a catastrophic collapse and an extremely powerful galactic explosion. It is through such cosmic flickering that fusion reactions arise, through which, by combining lighter elements with grains, many commonly used elements such as sulfur and calcium are formed.

Silicon dioxide is up to 60%. The earth's crust. One of its varieties – quartz – is the main component of sand.

This material is important not only for the production of fiberglass and fiberglass, but also for concrete.

"We have demonstrated for the first time that the supernovae produced by silicon is a significant contribution to the spread of dust in space, including dust that eventually joined together and formed our home planet," said Haley Gomez, professor of physics and astronomy at the University of Cardiff .

"Whenever we look out the window, walk to the pavement or put a foot on a sandy beach, we interact with the material created by the exploding stars burned millions of years ago," she explained.

In 2016, the researchers reported the detection of lithium metal in one of the explosive novos used in many modern electronic devices. Most novo are white dwarfs that suddenly suck in when they catch a lot of hydrogen from nearby stars.

Research results on the formation and spread of silicon dioxide in cosmic dust have been published in the Monthly Notices of the Royal Astronomical Society.

BNS press offices may not reproduce information in mass media or on websites without the written consent of UAB "BNS".