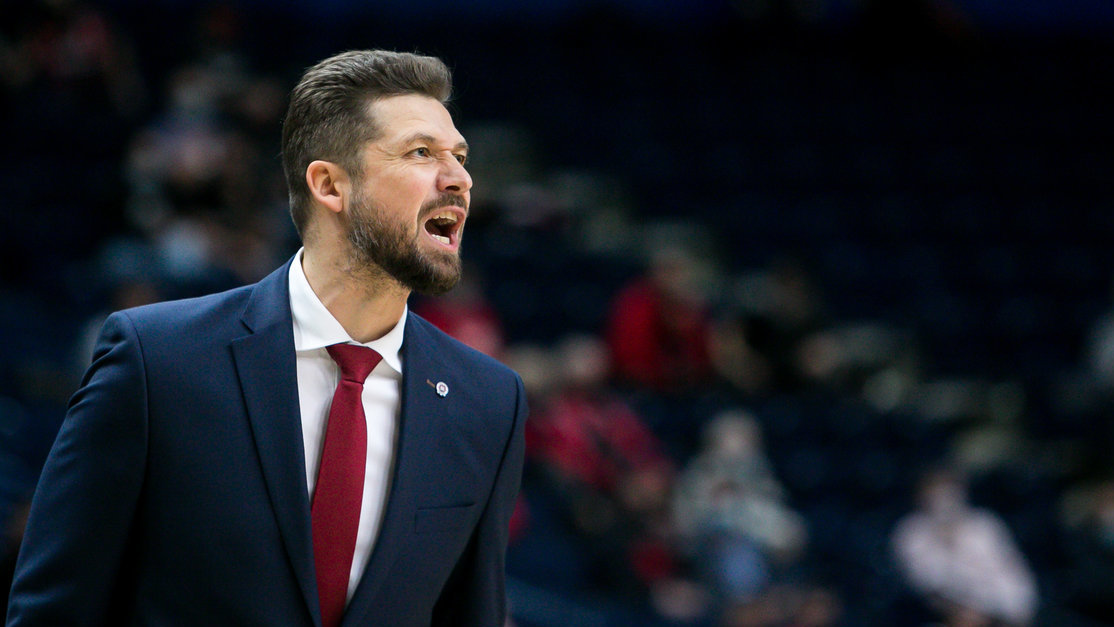 The team of Vilnius “Ritas” started the season in the FIBA ​​Champions League with a defeat and lost with 88: 106 from the Athens club “Peristeri”.

Donald Cairis after the match he said that this failure is the most painful for him so far.

“It simply came to our notice then. From the very beginning, we lost the energy we had at the match with “Zalgiris”. We let them throw too many points. Despite a few minutes, we never controlled the game because we did not stop the rivals. It was a bad match for us. Especially in defense. Allowing opponents to throw out their favorite throws – we can not allow that, we talked about Gray before the game. “On our part, we did nothing to change anything,” he said.

– Who is most responsible for this performance of Stephen Gray in the attack and 10 threes?

– I still need to be able to throw 10 out of 13 in bad defense. It was his evening. What we were preparing for failed, and when we changed, I think it was better. A little better.

– Chris McCallow does not look solid in his defense. Why?

– He is not the biggest hole in our defense. There are more. So far it is very difficult to dress everyone. We are working on that. He did not play at a level like this organization. Instinctively does a lot of things in basketball. He helped with points, going better during the match. He gets tired faster than the others because he later joined, spent time suspended.

– Do you see that after disciplinary violations and warnings he would be dedicated to work?

– Got 4 triples, but misses other throws (2 out of 7), it seems to us, it hurts. Due to his situation in the team, we look very carefully, seeing what we can take from him. Bee is due to stand trial on December 1.

– Girginias hit 4 triples before the break, then 1, why did he stop?

– He started very well, I would like more such a game than him. So far the players do not have stability, they fall, they lose balls. There was no such defense as “Chalgiris”, which strangled us from line to line. We lacked more energy and maybe some firmness.

– Does the team not seem to underestimate the opponents?

– There was only a small part where it felt like we were feeling something, but I never felt in control, everything became too easy. I do not think the players underestimated the opponent. Won against Panathinaikos, what else is needed?

– Which defeat from suffering is more painful for you?

– This is unequivocal. Yesterday I was not as disappointed as I am today. There was a part with “Zalgiris” when everything seemed difficult. We need to get used to such situations. Teams like Zalgiris receive such a burden in every match, and for us it is a novelty at least this season. 8 or 12 minutes is not enough to shine.

– acksekson played 31 minutes – was not overtaken?

– Maybe it’s true. We never plan to keep a player that much, but at the time it proved necessary. It seemed that we would have to keep the advantage. 30 minutes is too much even for him.

Help us create good content – become a sponsor of Krepsinis.net >>