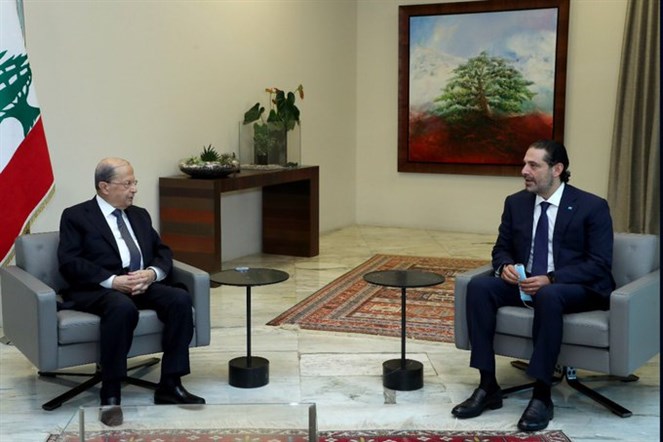 News: All the political indications show that the formation of the government is very close. Although some obstacles may take time to overcome. Most of the forces that will participate in the government have decided to facilitate the composition, in order to issue decrees before the date of the US presidential election next Tuesday.

In the days leading up to the US election, all eyes are on the second round of indirect talks with Israel’s enemy in Nakoura over maritime demarcation. The importance of this round lies in the fact that it will be a serious start to the negotiations, as the Lebanese team will confirm the country’s decision to negotiate from Nakura on land and stretching by sea, according to the midfield technique, without counting on any impact on the coastal islands of occupied Palestine. In practice, this means that the area that Lebanon claims to exceed 863 square kilometers, which, thanks to the mistakes of the first government of Prime Minister Fouad Siniora (2005-2008), has become a “disputed area”, due to speculation that the Israeli the delegation will reject this issue, and intends to continue the session or Obstruct the negotiations.

While waiting for what will emerge from this session, internally the eyes are focused on the upcoming government consultations, whose authorship dossier is loved with great secrecy, creating a positive atmosphere for it, it is not known whether it is based on facts or only on hope.

As a result, most of the political forces are reaffirming their desire to create quickly, in order to implement reforms that will release what they call “international financial support”. However, unspoken requests will undoubtedly take time to be agreed upon. Until last night, he was convinced that the size of the government would not be a knot in the composition, because there is a consensus on the composition of the twenties, after Prime Minister-designate Saad Hariri preferred it to 14 ministers. With the exception of the Ministry of Finance, which was decided to be part of the Shiite community, the information was cut short when it was also agreed on the principle of rotation and the appointment of specialists selected by the parties. Conversely, there are no answers to the party’s portfolio distribution or names, but the search is still in the orbit of sectarian and sectarian distribution.

While Hariri visited the President of the Republic, General Michel Aoun, yesterday to discuss the writing dossier, informed sources denied that Hariri had any starting lineup with him, indicating that “he may do so next time, because he will visit next Thursday. ” The sources said: “The two presidents discussed a roadmap for the distribution of portfolios, but not the parties, as well as the government’s program and the size of the government.” While the Baabda Palace media office confirmed that “the meeting presented the government situation in an atmosphere of understanding of the progress made so far”, the following sources said that “Aun is interested in the widest representation in the government and listens to all opinions”. In this context, the President of the Republic received the President of the Lebanese Democratic Party, the representative Talal Arslan, accompanied by the Minister of Social Affairs Ramzi Musharrafieh and the former Minister Saleh al-Garib, and the President of the Arab Party Tawhid received the former Minister Wiam Wahab.

In this context, some leaks have begun to emerge, in which it is said that the only node in the writing file today is related to the Christian quota and the way it is distributed among the presidents of the republic, government and Christian parties, especially that Hezbollah “has no problem to resign from the Ministry of Health if approved. The principle of rotation ».

However, sources familiar with the order of talks confirmed that “the distribution of some bags has become a foretold conclusion, for example the Ministry of Interior will be from the share of the President of the Republic, while the Ministry of Foreign Affairs will be from the share of the Sunni community. it is limited to a number of names to be taken. Among them: the head of the Lebanese mission in New York, Ambassador Amal Mudalali, the Secretary General of the Ministry of Foreign Affairs, Hani Al-Shumaitili, and the Lebanese Ambassador to Germany, Mustafa Adeib, but the latter refused to do so.

It was also decided that “the Ministry of Health will go to the former representative Walid umbumblat, and the Ministry of Social Affairs may also be with him (or an agreement between him and Arslan and Wahab), which are the two ministries that Hariri previously gave him.” “he promised the head of the Socialist Party before the consultations.”