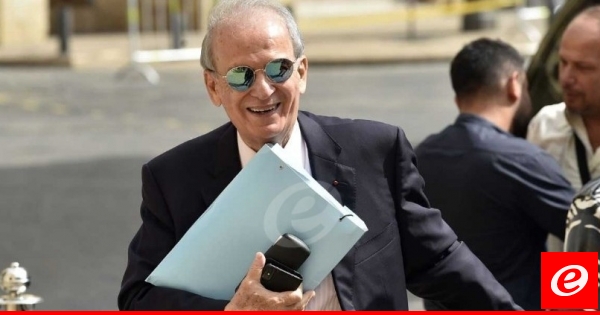 The Minister of Education and Higher Education in the interim government, Marwan Hamadeh, said at a book fair in Al-Bayal that "Lebanon has not yet written chapters after independence." This part of our glorious history, together with its great princes and talents, was once a shining star in the Middle East, through the unity of her sons and talents, The path to peace is not only a way of reconciliation, but also construction. Actors to build ideas. "

He pointed to the information minister of the interim government, Melhema Riyashi, "who is fighting for freedom of the press, which has been abused by some officials, fights to preserve the visual sector and the press in difficult times and gives him my appreciation for everything he does. it was at the Ministry of Propaganda, which is near the Ministry of Information. "

After two films for school-age children, he pointed out that "Lebanese youth in these two workshops gave a strong signal to overcome the war at the level of Lebanese communities and between the public and private sectors." Not accidentally, two days before the anniversary of the truce and the end of World War I on October 11. And after the decision of the Germans and the French after many losses and disasters, to be together in one Europe, I hope for the future of Lebanese, who knew centuries of peace, intertwined with stages misunderstandings that were sometimes bloody, and our presence with me and Bo Asia and Riyashi on the same table after We went through the War line is proof that we are most able to respond to the need to lead the path of peace. "