A positive step without some adjustments 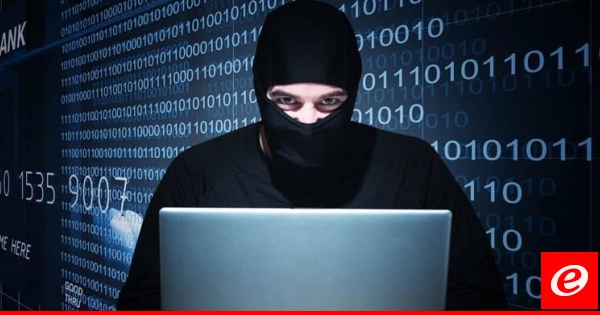 The expected achievement of joint parliamentary committees and accepted by the subcommittee of joint committees has become some aspects of electronic transactions in Lebanon, a law that regulates and protects its clients. However, this law, which was adopted on 24 September last year, has many gaps, both in terms of the lack of protection of citizens' personal data, as well as in technical terms or management of local domain names (.lb). Six years after the government approved the former Prime Minister Najib Miqati in 2012, And more than 14 years from the start of preparations, the bill was issued in September 2018. But the errors contained in it largely recall the hopes that were in progress.

In general, the adoption of this law was a move that places Lebanon on the map of countries whose legislation codifies e-transactions, from electronic signature to online contracting to e-commerce. What are the gaps?

In this context, the director of the Institute of Law of the Bar, Dr. Pierre El Khoury, described law on electronic transactions as "good, bad and bad law", noting that "Lebanon was an international demand for such a right and therefore its issuance is good".

In an interview for "Bulletin", Dr. Khoury explained the advantages of this law, indicating that "a set of rights divided into seven sections, the first section contains an electronic signature and evidence, we did not have a legal text on the subject," The second section, which provides for trade and e- the contract is also good and important, because it contained the subject of non-advanced advertising so that the citizen would have to accept Ads in advance before they were sent to them (opt-in), but the problem with this section is that the law only applies to advertisements that come by e-mail and do not contain text messages on the phone. The section also talked about banking and electronic cash, and the importance of this topic is left to the Banque du Liban responsible for determining what Electronic Funds ".

The director of the institute explained the advantages of this law, indicating that "the third section concerned the liability of service providers, a long-overdue subject, because it organizes work on electronic platforms and defines the responsibility of technical service providers and data hosts. The fourth section refers to local domain names on the Internet, Ib" the long-awaited topic, despite the comments on it, the "follow-up" section VI also considered good, because it changed some of the rules contained in the penal code and added some crimes related to piracy, and that's good before this law was not possible for uncles judges By any legal text on cyber crimes. "

Despite the advantages of this law, the gaps are numerous and have not been modified despite sometimes intense discussions. He explained to d. Khoury that "this act began to work with the support of the European Union in 2004, and a number of French experts came to Lebanon and drawn up according to the French method (1) before it was translated into Arabic, which led to many errors in it, moreover, the French model was mixed in writing an English and an American model, starting with the first article containing definitions, but within its framework the law added definitions to certain terms, which is a serious mistake ", such as the term" SPAM "in art. 32 of the Act for the period not on the Internet, because it is no longer defined, in addition to many errors in the translation and use of terms.

He described d. Khoury, chapter 5 of the Act, says that "all of the citizen's personal data and all his personal details, such as phone number, IP address, e-mail address, sectarian and political trends and many personal data, are protected by the constitution and the law He pointed out that "in all countries of the world there is an independent administrative body, consisting of the majority of its judges, and is responsible for the protection of personal data of citizens whose protection should be under the control of the judiciary. However, in Lebanon there is a proposal to create such a body in the proposed Act (2005), but the position referring to the creation of the Commission was canceled in the bill (2012), and the duties of this body remained and were assigned to the Ministry of Economy and Trade, and is responsible for the protection of personal data of citizens – he wondered – how to transfer such entity to the executive authorities, c Are they to the Ministry of Economy or other ministries and are they not judicial authorities ?! "Judiciary in all democratic countries of the world is entrusted with respect for public freedoms."

And I saw d. Khoury that "the problem in this law is also included in many exceptions, and one of the serious ones is the one in Article 97, which states that data on external security and the internal state are licensed under a joint decision between the ministries Interior and Defense Affairs, the Ministry of the Interior and Defense may issue a licensing decision for a private foreign and domestic company, according to which it is entitled to collect data on the internal and external security of the state and personal data of citizens without judicial review It is fair to issue decisions on their collection and treatment, and the Minister of Health may decide to authorize any person to collect personal data related to the health or genetic identity or sex life of people, "stressing that" here there is a danger that the executive body grants a license without going back to the judiciary ".

In turn, chairman of the parliamentary committee for information and information, Nadim Gemayel said: "I received the bill after it was sent from joint parliamentary committees, and I have many comments on this subject, but was adopted, as today, to make the right and not stay in the hall of the House of Representatives, "indicating This" after examining the gaps in which we make corrections ".

Gemayel said that "the problem before this law is the lack of provisions on electronic transactions, as if all personal data at risk of a lack of framework for their collection and protection, and this right formed the basis for this sector," taking all criticisms addressed to of this law, "No one can directly claim from 0 to 100. In Lebanon the organization of this sector was absent, but today it is climbing to achieve the ideal law."

Regarding these gaps, Gemayel assured them that they are "numerous in law, because exceptions are numerous, which means that the exception is more important than the rule, and there is some confusion about the use of certain terms." But the law did not notice " , noting that "after the law comes into force, state institutions will not be able to work directly with him because of the terrible administrative situation in Lebanon, and therefore these gaps will not pose a threat to citizens."

He added that his work "in the parliamentary committee will focus in the coming period on changing the gaps therein and add elements related to the protection of the state against piracy, which may be exposed to him, because the rights that sponsor this problem is absent, I am also working on the issue public liberties in electronic form and on social networks, because the Lebanese state uses them to put pressure on citizens to fight for public liberty in Lebanon, and we will protect them. "

"For joy from what has been done." In this way, the right to electronic transactions can be shortened. Despite the strong need to regulate this sector, gaps in it can make citizens wish that this law would not exist. Will these gaps be changed?

The French way of writing the law does not include the definition of terms at the beginning of the law. The Anglo-American method provides for definitions of terms within the law.

Q: Includes first and last name and date of birth.

Advanced: for example, the favorite food and the community of the person.

Accurate and delicate: related to the person's safety and health