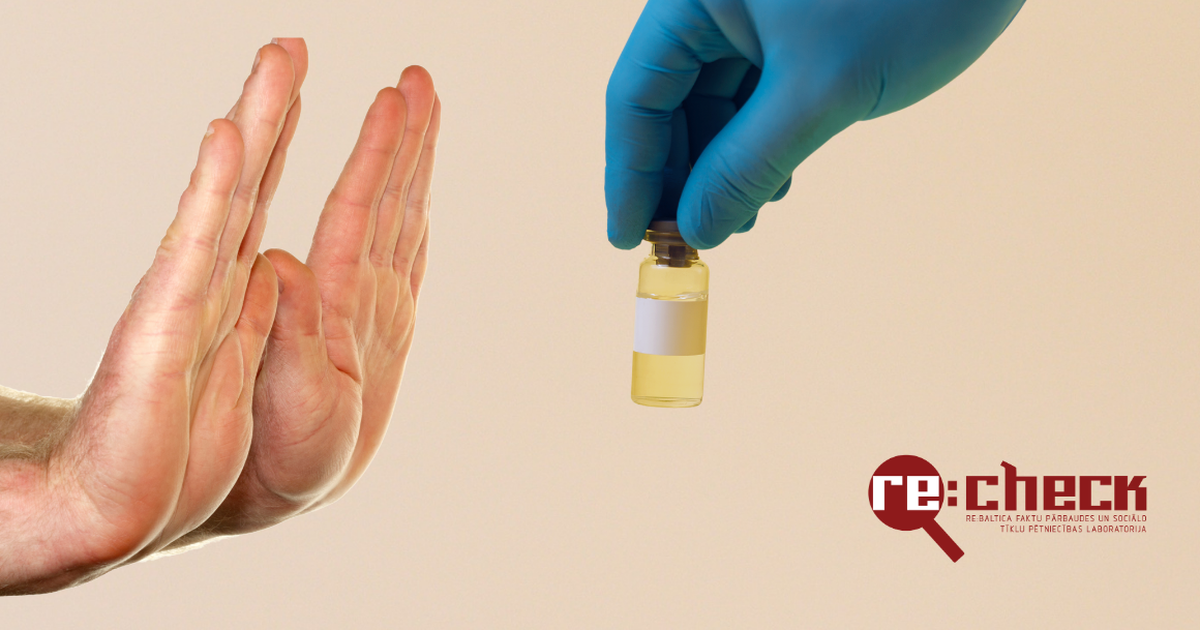 Concerns have been raised that AstraZeneka’s deal with the EU does not require the company to take responsibility for side effects, as Reuters wrote, for example. Such an agreement was reached with the EU in exchange for faster deliveries and lower prices.

Soreva’s partner, sworn lawyer Ieva Anderson and ZVA Re: Check explain that even in the case of these and other vaccines, all costs associated with treating complications are legally funded by the state, not the vaccine manufacturers. On the other hand, if a person wants to receive some compensation for the side effects caused by the vaccine, for example, for non-pecuniary damage, it is possible to go to court. Neither Covid-19 nor any vaccine is an exception. In cases where any problems arose directly due to the actions or omissions of the doctor, compensation can be obtained from the Medical Risk Fund.

What does it mean that AstraZeneca does not have to take responsibility? Anderson explains that the agreement between the company and the EU states: “The EU Member States that are parties to this agreement are obliged: if such claims are brought against AstraZeneka and AstraZeneka pays such a plaintiff as a result of a court ruling, the countries “Members will make up for it.” This does not mean that people can not go to court against a company for damages. “An individual who will potentially sue and receive compensation is not affected. “He has all the same rights as usual.”

The unwillingness to be vaccinated is also caused by the feeling that receiving the vaccine will not change anything in life. That is Laura’s main argument. He is a soldier and needs to be vaccinated, but Lauris decides to fight it. The reason is not that the vaccine is harmful or that the media is not telling the truth.

He did not think much about vaccination, and the news was not usually followed up regularly, although the crisis and frequent changes in restrictions prompted him to do more. The man is unhappy that, at least for now, there are no restrictions on those who have been vaccinated. Ministry of Health Re: Check statements that it does not yet plan to consider the benefits for those vaccinated, as it is not yet entirely clear whether vaccination stops the spread of the virus.

Vaccination can prevent the spread of infection

The ability to spread the virus after vaccination is another reason called Guntis. Indeed, it is not entirely clear to what extent vaccines stop transmitting the virus.

The first indications are that the AstraZeneca vaccine can reduce transmission by 67%. Apparently, the Pfizer vaccine could also reduce the spread of the virus, two groups of Israeli researchers have concluded.

On the other hand, the unconfirmed Johnson & Johnson vaccine is estimated by the New York Times to be 74% effective against asymptomatic infection, although the FDA says the conclusion has so far been drawn from a small number of participants and cannot be relied on. The Novavax vaccine has been studied in macaques to completely stop transmission, which was expected to have a similar effect in humans.

However, the main benefit of vaccines is the ability to protect against serious illness and death. There were no hospitalized participants for Covid-19 at the time of the study, but Israel announced in January that 16 or 0.002% of the 700,000 people vaccinated had been hospitalized, but no one had died, Vox media reported.