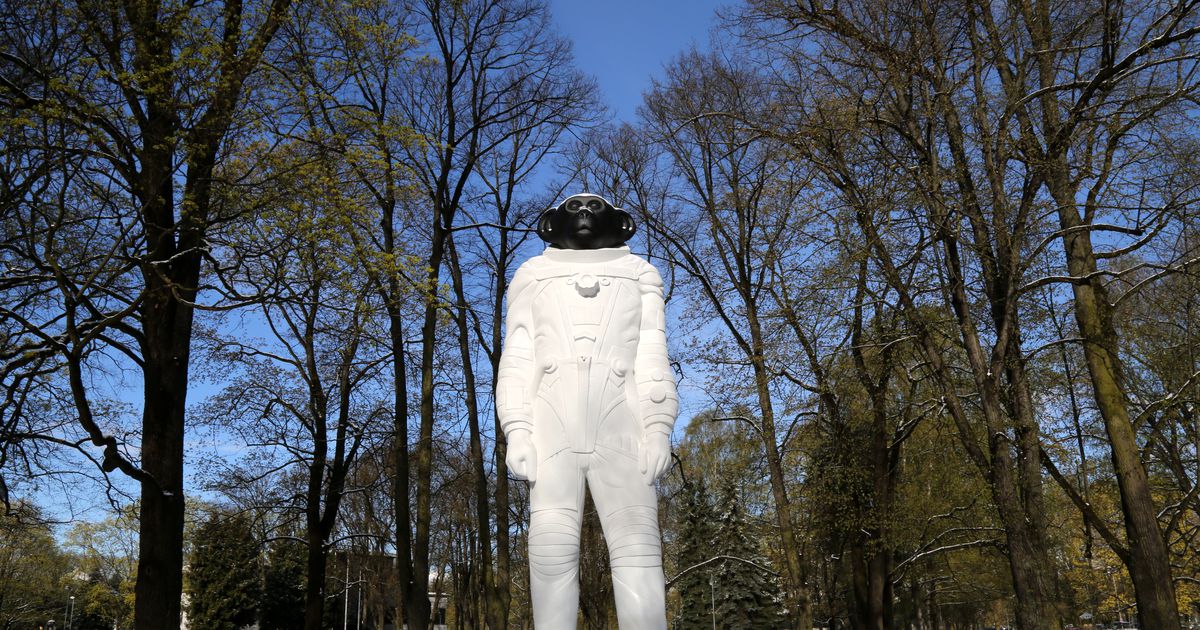 The installation in New Teika is planned for the next two years. Art Management and Information Center Aygars Bikesh, a professor at the Latvian Academy of Arts, said that Latvia should take an example from other European countries and the United States, introducing into the laws the conditions for the allocation of a certain part of the urban art environment for public places in the cities of Latvia.

"When we travel outside Latvia, we see a lot of urban art, but it has a clear political position, so that public space is not only functional but also capable of communicating with people," Bixche said.

Monkey Sam is currently visible in the office at ul. Gustava Zemgala 76, near the common area Sentence

According to the information available in the LETA archive, Monkey Sam For the first time in Riga, Kronwald Park, was exhibited in 2016 by the first Sculptures quadruplets over time. After the closure of the festival, the installation was not removed, as the city council officials in Riga asked.

The head of the city council of Riga Ojārs Spārītis at that time stated about it Monkey Sam is a "degrading element for the environment". He explained that such a "gift" for the city is unnecessary and unconnected, and since it is still owned by artists, their task is to dismantle it.

Meanwhile, Mara Odyna, deputy chairman of the Art and Information Center Board, said the city council in Riga was offered to put the installation elsewhere in the capital, but due to the many departments involved in extensive discussions, the solution was not found.

Later the installation was moved to a children's amusement park An emergency brigade In the parish, Ledman

As reported, Sculptural Square This year, for the first time, it will expand its field of activity, including performing arts in the program.