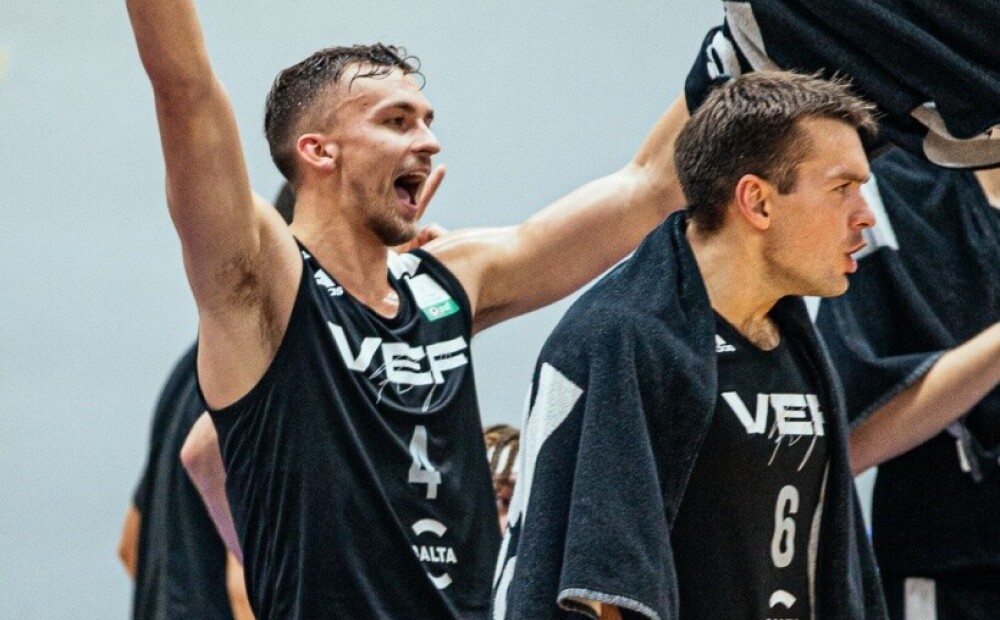 During the Covid-19 pandemic, the changes also affected the FIBA ​​Champions League. The usual format of the regular season with eight teams in one group was redistributed in half after the lottery, dividing 32 teams into eight fours. The Latvian champion “VEF Riga” will play in Group E together with “Strasbourg” from France, “Peristeri” from Greece and “Ritas” from Lithuania. Instead of the initially guaranteed 14 matches, there are only six left, but it will be possible to extend the season if the group manages to win first or second place.

The Latvian champions are not keeping their budget under control and it is planned to be around one million euros this season. There is a solid amount in domestic basketball, but very little in the FIBA ​​Champions League. Today’s opponents in Strasbourg can count on six million euros, two of which were spent on players’ salaries. About three million will be spent in Vilnius, more than in Riga and the Athens box office “Peristeri”. Thus, on paper “VEF Riga” there are groups of the latter, however, we should not write off our prospects at all.

“Compared to the previous season, we managed to complete the team earlier, the legionnaires came earlier, we started training earlier. Before the Champions League, there is a feeling that we are ready for the season and that proves the great start in the Latvian-Estonian league. We are also satisfied with the composition of the team, the team has almost all the players we wanted and could afford. Yes, we are lagging behind in terms of budgets, but if everything was charged only in cash, the games would not happen at all. We very much hope that this season will be more successful in Europe and that is a reasonable expectation. Going back to the budgets, “we will have to be happy for everyone who won” before the start of the FIBA ​​Champions League in a conversation with Jaunslv, says the president of “VEF Riga”, Gatis Jahovi..

One of the main goals of the tournament organizers was to announce the end of all games, if necessary, to postpone the matches for free weeks. Games are scheduled every few weeks, there will be quarantine time if needed and there will be time to prepare for the games. Champions League matches in Riga will not become commonplace – after today’s fight against Strasbourg, the next time is scheduled only on December 23 against Vilnius “Ritas”. It is interesting that in recent years, a stable participant in the European Cup of ULEB, Vilnius “Ritas”, was attracted to this tournament with financial awards from FIBA ​​- 250 thousand euros were paid for the transition.

“VEF Riga” is not yet in the category of teams to which the European department of FIBA ​​would be ready to grant additional privileges. Latvia, however, was awarded one place in the main event and one place in the qualifiers, which remained unfulfilled this fall. Each team will receive 50,000 euros to participate in the main tournament, which in the case of Reagans can cover travel expenses.

Jahovich reveals that travel costs have risen significantly this fall: “Even two or more times! For example, last year it took about five thousand to go to Athens, now tickets cost about 12 thousand, but the charter flight will cost about 30. Travel has become more expensive and in this regard the reduction in the number of games in the regular season will significantly reduce costs. However, we are not satisfied with that decision, we wanted more games, more good teams in Riga. “From an athletic point of view, getting out of a team of four should be easier than being in a team of four.”

VEF Riga is unlikely to claim the FIBA ​​Champions League winners’ trophy, but every player on the team will have each game as a stage from which to reach the deeper waters of basketball. “This is a story for our team – to develop the players’ careers and enter the basketball market in a completely different status,” head coach Janis Gajlatis said of the pre-season team concept. One such example is Marek Meyer, whose salary in the Perm team in Russia is four times higher than in Riga.

Both legionnaires and Latvians will have the opportunity to advance and prove themselves on a new (different) level. The role of leader of the local team should be played by Aigars Skele, much is expected from the debutant Christer Zorica.

The first opponents of “VEF Riga” will be the team of “Strasbourg”, whose last decade was led by the selector of the French national team Vincent Cole. True, the last few years have not been very successful, and now the roads of Strasbourg and Cole have parted ways. This fall, it is a new team with a new coach, only 33-year-old Finnish specialist Lassi Towi. The start of the season was unsuccessful – in the French championship, three wins were won in seven matches, three defeats were experienced in the last four matches. Including Saturday on his field against Le Portel (83:94). In the team statistics, the Americans Bonnie Colson (19 points on average per game) and Brandon Ffefferson (17.4) stand out. He was the first to play eight games in the NBA Milwaukee Bucks in early 2019, and on March 31 he scored 15 points against the Atlanta Hawks and recorded 16 rebounds. Tonight, high-class players will be shown on Arena Riga Square and on TV 6 screens.

The current rules of the gathering stipulate that 300 spectators can attend the game, using face masks and waking up at a distance of two meters. FIBA guidelines state that only persons with a negative Covid-19 test during the last 72 hours will be able to be near the square, there will be no spectators around the square and they will not be allowed to sell tickets in the front rows of the stands. However, the most important thing is that basketball will be able to take place and even in this strange time it will be possible to see the start of the best Latvian team in a prestigious European club tournament in person or in person.

Others are currently reading

Under one roof with infected, but manages not to get sick. Elena shares her story