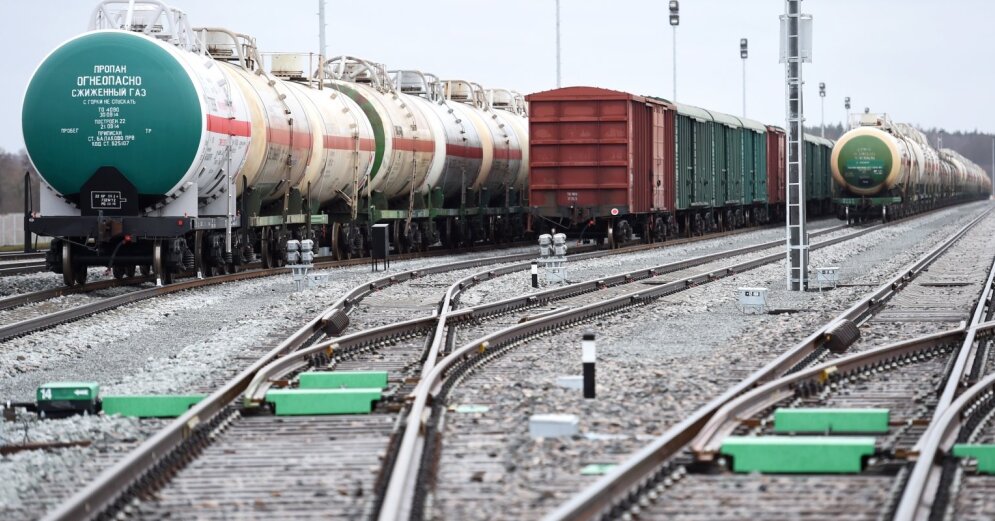 Although the city planners encouraged the removal of dangerous railway loads from the settlements in Riga, the Ministry of Transport did not respond to this proposal, reports the program of New Personnel on TV3.

For several years now, a group of architects have been trying to revive the idea that Riga needs a railway bypass. Also, in the long run, the problems with attracting residents from the neighborhood to the center will be solved and additional space will be given for the development of the city. The fact that the railway poses a threat to safety in the densely populated areas of Riga has been noted in Civil Protection Plans for decades.

According to the program, an explosive and poisonous cargo travels to the port by train every day through the center of Riga and the densely populated neighborhoods. The railways cover a square kilometer from the city center, where trains create dust and noise, disrupt traffic and separate adjacent areas.

For decades, civil protection plans have identified dangerous rail freight as a threat to public safety. Trains contain not only explosive fuels but also toxins that kill them by inhalation.

According to TV3, the ambitious idea is loved by the ministries and municipalities, but politicians are not obliged to develop this idea.

The need for bypass was already discussed during the Soviet era. In 1990, the LSSR Council of Ministers, chaired by Vilnius Bresch, decided to design such a project. At that time, there was no money for such an ambitious project, even after the return of Latvia’s independence.

Now the idea of ​​removing the freight railway from the city is being revived by architects and urban planners from the Latvian Association for Infrastructure Modernization. They roughly marked the railway route around Riga so that trains on the way to the port would not pass through the city.

Architect Sergei Nikoforovs recounts the idea for the Neck Personaga program: “The trail from the ports on the right bank of the Daugava through Babte, Merupe, Lekava, Salaspils, Ropachi, Garkaln, Shdaqi would extend to the Baltics.” are installed about 60 km away “.

Although the construction of the track would require billions of investments, the architects are convinced that the benefits will outweigh the benefits. The bypass will connect the new industrial areas in Pieriga, will expand the possibilities for passenger train, will free the development of the centers in Riga. This will reduce the risks of train accidents, military and terrorist threats.

Architect Mercis Mejoulis, meanwhile, says a group of architects have been working on the subject for several years, and institutions of various levels have also been introduced.

“Everyone is waiting for us with understanding and with pleasure listening to us, they will understand the problem more deeply, but we did not expect or see any deliberate action from any of these institutions.”

To implement such a plan, Riga, its surrounding municipalities, the Ministry of Transport and the government must be interested. The project must be included in the long-term development plans of the state and local self-governments in a timely manner. “Politicians praise the idea, but do nothing concrete.”

The owner of the track would have benefited from the bypass of AD “Latvijas elletцчеe” if he did not have to pay for it himself. The last time the company’s management and the Ministry of Transport explored the possibility was in 2009. At the time, there were even variations on how the track could go.

“The whole process of finding finances came into play. Who will be the financier of the project, the railway was not ready to take such an event even at that time. There was no significant decision from the Ministry. That alone remained. At the moment, there would be no money for such “The project is more than social in nature, really liberating the center of Riga,” said Egils Feldmanis, Latvias Ellcces, director of technical management at AD.

The program also referred to the deputies of the newly elected city council of Riga, who during the elections came out with slogans that people are the main thing and that the city should be comfortable to live. The municipality would also like to take the load by train, but does not believe it is real in the town hall.

“Of course, the idea should be supported, it is not normal that we will have a beautiful new modern central station in Riga, where there will be high-speed trains and coal wagons or barrels of oil,” said Vilnius Jersey, vice-president of the City Council. Riga (“New Unity”). However, he points out that there may be a problem with the economic maturation of the ring road. He does not currently see the possibility of co-financing such an idea.
Transport Minister Talis Linkats (PCE) commented: “Of course, bypassing the railway around Riga will bring many benefits. However, we must be aware that this new railway infrastructure is comparable in size to the ongoing construction of the Baltic Railway. “, such a project can be implemented only after the completion of the Baltika railway route.”

The architects met with Transport Minister Tli Linkaita in the spring. The minister listened and praised the architects and everything remained the same. He said neither yes nor no to the development of ideas. Nothing has been done anymore, the show reports.