The peak season failed because of the storm at LCC NO 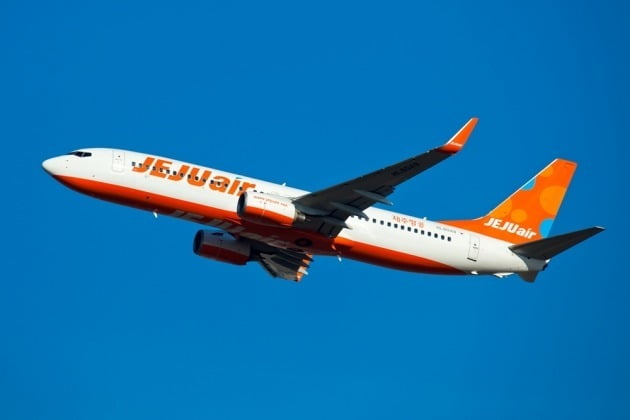 Loss 3Q loss of operation, except domestic airlines
▽ The LCC reduced the "earnings shock" as a result of excess losses

Korea's No. 1 LCC Jeju Air, according to the 15th financial investment industry(25,300 + 1,20%)It reported a loss of W17.4bn on a consolidated basis for 3Q11, turning into a deficit compared to the third quarter of last year. The operating deficit largely exceeded the forecast expected by the financial investment industry (consensus average forecast of W13.3bn domestic deficit) and failed to avoid earnings.

During the same period, net loss was W30.3bn. Lease liabilities were recorded as foreign currency liabilities, which resulted in a loss on translation loss.

Despite the peak season, both international flight rates and unit prices were weak due to a boycott of the trip to Japan. Prices of international and domestic units in the third quarter of Jeju Air dropped by 22.2% and 12.1%, respectively. As a result, it has been analyzed that the surplus is only registered on some routes, such as domestic flights and China.

Lee Han-oonun, KTB Securities Research and Investment Institute, said: "As the Japanese employee started, the airlines were doing worse than expected in the third quarter of this year and the deficit will widen to the next year."

Ryu Jae-hyun, a researcher at Myra Asset Aet Dawei, also noted that the company's poor performance was due to a sharp drop in prices to protect the dormitory rate.

Kim Yang-ho, a researcher at Samsung Securities, said: "We expect that we will be able to protect the weakness in Japanese routes with a large proportion of Southeast Asian routes (42% of passenger sales in the first half.)" was significantly lower than originally expected. "

John-Seng Jung, Securities Research and Investment Institute, said: "The decrease in freight rates for safe travelers is intensifying as a result of rising fixed costs as a result of equipment expansion." It was recorded. "

The problem is that LCC industry earnings are expected to be weak in 4Q, and the outlook for next year is uncertain. 4Q is a low demand season when demand slows, and the impact of Japan's boycott in Japan began in July and October.

Joey In-vun, a researcher at Korea Investment and Securities, said: "Expectations of 4Q earnings in the low demand season have disappeared early as losses in 3Q during the peak season are lost." It is time to reorganize the market as M&A. ” "Based on the results of next year, the main effect may appear, but two major national companies should be spotted in front of low-cost airlines."

"The over-supply bleeding competition will continue in the first quarter of next year," Jung said. "Compromised companies are likely to face restrictions such as lack of liquidity and capital erosion."