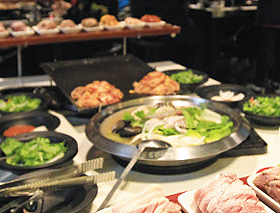 Due to the low birth rate and aging, households have reduced food and education costs, while food and health care costs have increased.

According to a report released Jan. 17 by the Jana Institute of Financial Management at Keb Jana Bank, rising household income has increased the cost of eating home-made food, but the cost of eating out has increased. Grocery purchases accounted for the largest share of household spending, at 27% in 1990, but fell sharply to 14% in 2018. Dining and accommodation costs, on the other hand, almost doubled from 8% to 14% over the same period. The decrease in food costs and the increase in food are linked to the increase in single households. Since youth postponed marriage, the share of single-family households has increased significantly from 16% in 2000 to 29% in 2017.

With declining birth rates, the share of education spending fell by half in 2009 to 14% in 2009. Last year, the overall birth rate, the average number of births a woman is expected to deliver in the 15-49 year period, fell to an all time low of 0.98.

The tax burden on households is increasing. Consumer spending, such as taxes and public pensions, increased from 20% of average monthly household consumption in 1990 to 24% last year.