POSCO Chemtech invests in anode material … In 2021, 74 thousand were prepared. The tone of the production system 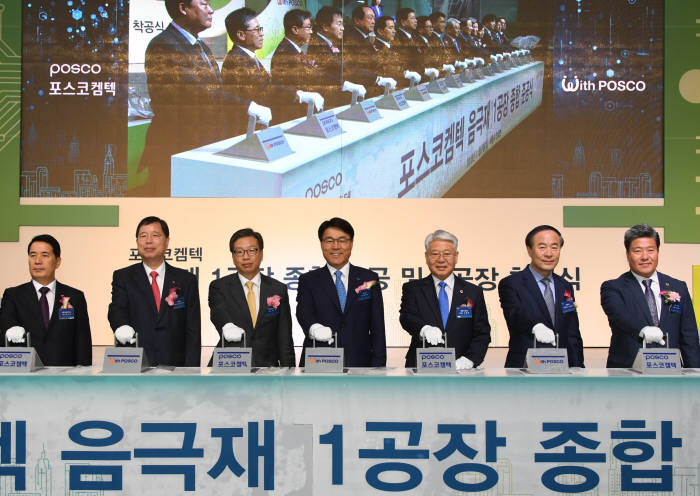 POSCO Group POSCO Chemtech, a subsidiary of coal chemicals and carbon materials and a producer of secondary cathode materials, is expanding its production capabilities in response to the rapidly growing demand for batteries.

POSCO Chemtech announced on Aug. 8 that it will expand its anode production line with the ceremony of ending the first plant with the anode material from the secondary battery and the breakthrough ceremony of the second plant.

The POSCO Chemtech 1 plant, which was completed on the same day, was completed in 2011, and after completing department 1, the company increased its backyard six times due to the increased demand of domestic and foreign customers, resulting in the production of 24,000 tons of cathode materials in nine lines.

After completing the construction of the second plant, POSCO Chemtech will have a total cathode production capacity of 74,000 tons per year. This is the amount that can be delivered to approximately 3.2 million units of a 30 kV car battery.

With the development of the electric car market, the global battery market is expected to increase in CAGR by over 22% from 114 GWh this year to 480 GWh in 2025. The black cathode material market is expected to grow more than fourfold from 70,000 tonnes this year to 300,000 tonnes by 2025. As demand for battery materials continues to increase, the company expects to increase its production capacity in a short time to lead the market.

"POSCO is a global steel producer," said Jeong Woo Choi, president of POSCO. "In 2010, POSCO managed to locate and succeed in the location," We will focus our investments and opportunities on energy materials, one of the growth engines that will continue to drive for the next 50 years.

The POSCO group announced the "100 Major Reform Challenges" on the occasion of the 100th anniversary of the inauguration of May 5, integrating cathode battery and material activities within the group, developing tailor-made products by establishing "The company has achieved a 20% share in the global market and 17 trillion won in revenues POSCO Chemtech will build a new coke installation, which will become a raw material for cathode materials and electrodes, using by-products generated during the steel production process.

◇ What is the anode material from the secondary battery?

Together with the cathode material, electrolyte and separator, it is one of the four secondary battery materials that plays a role in absorbing lithium ions from the cathode during charging and uses a carbon material such as graphite as a material.