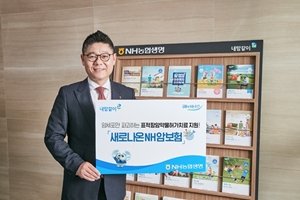 NH Nonghyup Life has launched an insurance product that guarantees the cost of targeted anticancer drug treatment and the low cost of cancer treatment.

NH Nonghyup Life announced on the 6th that it would announce the “New NH Cancer Insurance” which supports the cost of targeted anticancer drug treatment up to KRW 50 million. 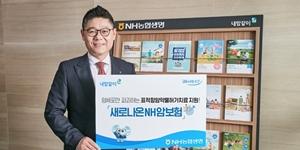 ▲ NH Nonghyup Life announced on the 6th that it will launch the “New NH Cancer Insurance”, which supports up to 50 million won for targeted anticancer treatment.

This product supports targeted cancer agents, licensed treatment agents that select only cancer cells and prevent growth and spread. Small-scale cancers, such as thyroid cancer and prostate cancer, which are classified as minor cancers under the main contract, are also covered by an additional special contract.

Милиони 10 million for thyroid cancer 6 6 million for prostate cancer милиони 3 million for other skin cancers, colon cancer, spot cancer, borderline tumors (limited to one at a time each)

It is also a feature that if you sign up for a special treatment to re-diagnose cancer coverage (recovery, no), you can relieve the burden when the cancer recurs. Two years after being diagnosed with cancer, additional insurance is paid to re-diagnose the cancer. However, prostate cancer, other skin cancers, thyroid cancer, and colon cancer are excluded from the surcharge. If the cancer is not cured, you can continue to receive a cancer diagnosis every two years until it is cured.