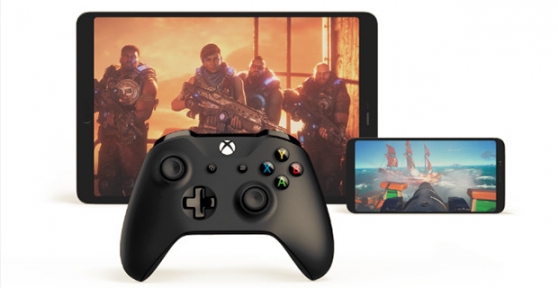 [아이뉴스24 안희권 기자] [아이뉴스24 안희권 기자] Microsoft's cloud gaming service, xCloud, is gaining popularity in the three countries of Korea, the US and the UK, and Microsoft is expected to aggressively expand the region next year.

Microsoft announced on Wednesday that it plans to expand its service country and provide more than 50 new x-cloud games at the X019 gaming conference in London, UK.

In September, Microsoft introduced a trial service that lets users play Xbox games on smartphones or tablets, alongside video game consoles in three countries: Korea, the United States and the United Kingdom.

Microsoft xCloud games became very popular during the review period in these three countries. Inspired by this, Microsoft has expanded its offer to more than 50 titles.

Microsoft will also be able to run Xbox games on Windows 10 PCs by the end of next year. Microsoft plans to extend the xcloud project to a gaming platform that can run on Xbox One game consoles, smartphones, tablets and Windows 10 PCs.

Xbox users are expected to be able to easily control the game with a Bluetooth game controller or a computer keyboard.

Microsoft seems to be trying to lead the cloud gaming market by creating a gaming ecosystem around the Xbox ecosystem.

As IT companies target the content services market focused on subscriber services, the competition between companies is growing. The same is true for the gaming market. The gaming market has been formed mainly for the sale of video game consoles, but more recently, operators are turning to cloud games, due to the low sales of game consoles.