Larynx cancer above 50 and tons below 40 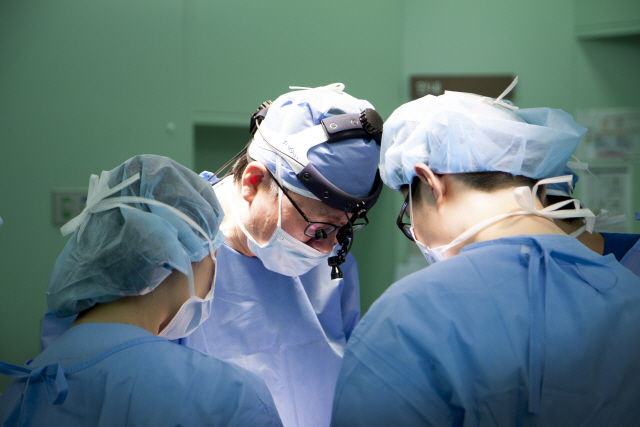 Sun Dong-il, director of the Head and Neck Cancer Center at St. Mary's Hospital in Seoul, said: "The number of patients with oropharyngeal carcinoma of the back of the neck, including tonsil cancer, is increasing among young people. people under 50. "The percentage of patients with complicated sexual intercourse or oral sex due to HPV-infected oral mucosa has increased to 50-60%."

HPV-positive tonsils are also highly correlated with marijuana. On the other hand, the association with smoking and drinking is low. It occurs in younger than 3-5 years old compared to HPV-negative tonsil cancer and occurs three times more frequently in men. Fortunately, the survival rate is higher than that of HPV-negative carcinoma because it has a better response to surgery and chemotherapy and radiation therapy.

Mr L, a 44-year-old man who drinks only a small amount when he needs a non-smoking drink. Due to sudden earache and pharyngeal pain and sensation of a foreign body, I took a combination of cold medication, but the swollen throat did not fade for several weeks. When I visited an otolaryngologist in my neighborhood, I suggested I visit a large hospital, saying: "I touch something in my left neck. L, who visited St. Mary's Hospital in Seoul, was diagnosed with HPV-positive tonsillitis with a biopsy of the tonsils. Cancer cells disappear after undergoing outpatient treatment and surgery to induce a broad spectrum of tumors deep in the tumor and send a robotic arm through the mouth to avoid leaving a trace of neck surgery.

Head and neck cancer is a relatively rare cancer with less than 5,000 new cases per year in Korea. However, due to the nature of the disease that occurs in the facial organs and the organs that speak, breathe, chew or swallow food and cancer, the quality of life can be significantly reduced. During surgery and other treatments, your voice may change and you may not be able to swallow food or cause facial deformities.

"If your voice is resting for more than two weeks or if the ulcers and pain last more than two weeks on the oral and pharyngeal mucosa, it may be the result of a tumor," he advises. "If you have sore throat when swallowing food, it can be a cause of tonsillitis and tonsillitis, but tonsillitis is good for both tonsils and for one to two weeks. On the other hand, tonsil cancer is extremely high on one side of the tonsil. ”

The tonsils can be checked to see if they are palpated. If there is a suspicion of cancer, a biopsy may be performed under local anesthesia. Although extensive surgical resection was common and the only treatment for tonsillar cancer, HPV-positive tonsillar cancer has recently been avoided and chemotherapy and radiation therapy are increasing. Early cancers can be rescued without reconstructive surgery, microscope laser ablation, or functional robot-assisted preservation surgery. If tonsil cancer develops, combination chemotherapy and radiation therapy are recommended.

The most common cancers of the head and neck are laryngeal cancer that occurs in the vocal cords and gates (the narrow gap between the vocal cords). It occurs mainly in moderate to moderate smokers and alcoholics. The carcinogenic substances contained in cigarette smoke stimulate mucous membranes, such as tonsils, causing cell mutations, and heavy drinking inhibits the metabolism of the carcinogenic liver and increases the frequency of carcinogenesis. Smoking and drinking together are synergistic in the development of cancer. Drowsiness is the most important symptom and when the cancer progresses to some extent, breathing and swallowing difficulties and difficulty breathing occur. Symptoms are clear and early screening is possible, so if you find stage 1, 95% or more can be cured.

Mr A, a man in the 80s of last month, who was treated for a sore throat at a local hospital. A neck was found in the neck while there was no traffic, so I visited the department of otolaryngology at St. Mary's Hospital. Looking at the laryngoscopy showed a lump on the upper larynx. The biopsy revealed laryngeal pharyngeal cancer, but luckily it was early. He was discharged 2 days after laryngeal microsurgery using a laser for 2 hours. They were followed up on an outpatient basis without any repetitions, loud or dietary restrictions. As laryngeal pharyngeal cancer progresses, laryngectomy is inevitable, limiting vocalization.
By Im Woong-jae, staff reporter jaelim@sedaily.com