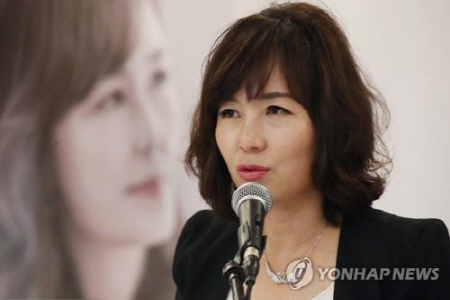 The artist shared a video of Kim's appearance on Twitter last month and wrote: "It's awful to see the secretary of state and his family."

Mr. Kim in his podcast, Dasuke of Kim A-unun, said on the 27th, "Why should the minister resign? It was a reaction to a story that had to endure.

Then some netizens defended Kim and criticized Gong, and again on Twitter: "Those who came to criticize him because they criticized Kim Eo-jun. No, but you can criticize me, but I can't criticize Kim Eo-Jun?

He added: "I can open my heart and criticize each other for good."