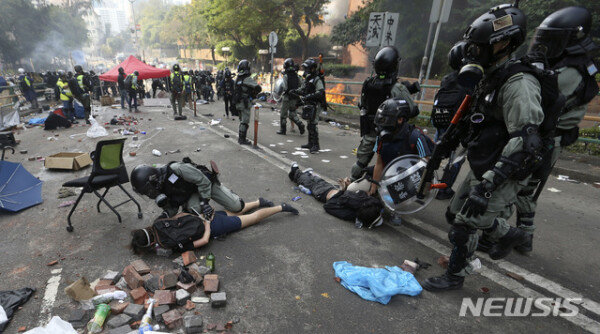 Hong Kong University of Technology has arrested more than 1,000 people 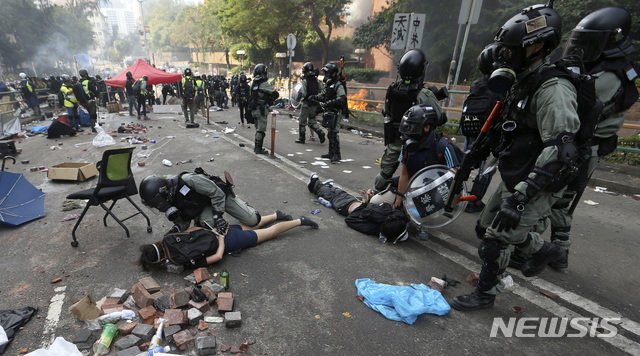 The 16-year-old boy who fled Hong Kong University University, the last branch of the Hong Kong protesters, told reporters, including the reporter Dong-A Ilbo, on April 19, saying: "I am worried that the police have arrested me. I'll be there ”

Hong Kong's chief executive, Kerry Ram, told a news conference earlier that "about 600 of the protesters left, about 200 of whom were under 18". Hong Kong police provided personal information early Wednesday, allowing teens under 18 to drop out of school without arrest. Police said: "We can take legal action, including arrests later."

Regarding the active participation of teenagers, Professor Jung-Kimwa, head of the Institute for Social Studies at the Institute of Science and Technology, explained that teenagers born after returning to Hong Kong in 1997 do not love China even though they were educated under the Chinese system.

More than 1,100 people were arrested or handed over on the third day of the police blockade, and most of the 100 hardline protesters who remained at the school until the early morning of the 19th escaped and surrendered to the police. It became known. The protesters are known to be carrying toxic chemicals, including many volatile explosives, including the University of Science and Technology, Jungun and Seong.
Hong Kong = Correspondent Chun Van-Jun zeitung@donga.com