"Health Abnormality" Director, Sangel, Joe Incheon Wille I fight for the team to the end. " 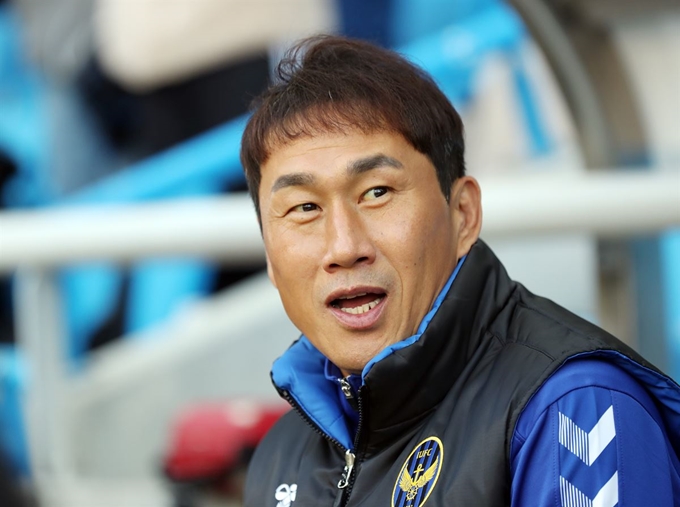 On June 19, she sent "letters to fans" via the Incheon social networking service (SNS) detailing recent health abnormalities. He said: "As a footballer, Incheon will do his best for the rest of K-League 1."

Previously, Foo had been caught in a medical abortion after playing with Seongnam FC last month. Underhandedness manifested, and Foo's players were reluctant to comment on their health status, and the health paradox began to be accepted.

After that, Joo was released from the hospital after a thorough examination and returned to the team. Yu said: "I have to continue the treatment in the future, but at the same time, I want to hang out with my players and staff and be positive in myself."

He said: "I want to keep the promise I made to my fans."

First of all, I would like to express my sincere gratitude to all of you who have always cared for Incheon United and sent great support to the players.

The reason I greeted my fans is that I decided to speak directly to my fans about my health.

I had signs of abnormalities such as jaundice symptoms in mid-October, and I went to the hospital and underwent a repair. I was diagnosed with stage 4 pancreatic cancer.

This was a clearly unacceptable diagnosis for me. But I had to accept it. Because I didn't want to hurt the players and the team.

When I first became Incheon's manager, I promised Incheon fans that I would stay on the K-League stage. And I promised the athletes that they would return to the country after finishing treatment quickly before heading to the hospital after an expedition to Seongam.

Later, after the first round of treatment, I returned to the field and told the players: I kept my promise. While in the hospital, I felt it was best to be there.

In the future, I will have to continue my treatment. While doing my job, I want to hang out with our players and field staff and get positive power on my own. And I want to keep the promise with my fans. Once again, I promise to do my best as a director to get back the support and interests of our fans.

Proud of being a football player, we will do our best to stay in K-League 1 in Incheon this season. In addition, as fans believe and support our Incheon to the end, I will not stop giving up and enduring. The word "may fight" can be overcome by the power of affirmation.

I would like to express my sincere gratitude to all the fans who care and support me, and I extend this greeting. We wish our fans health and happiness. Thank you

Empathy is possible even when you are not logged in.