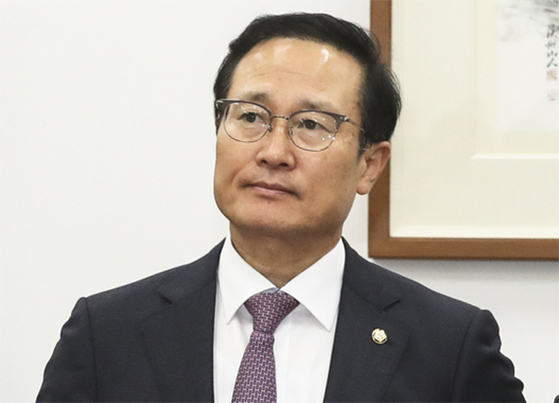 In addition, the border between the democratic prime minister and employees is gradually increasing. It is argued that the trade union is far from a "work-friendly society" that was originally described by governmental employment and employment policies.

On August 8, 50 members of the metal union Korea GM (GM) took over the unexpected occupation of regional offices in Hongan, Walsan-dong, Bupyeong-gu, Incheon. They insisted, "Hong urges the president to solve the problem of separation of the Korean GM corporation." The union does not solve the occupation for 11 days.

On May 2, Korean Geun – No Jo held a competition in front of the representative Hong Kong regional office. "They do not play a responsible role in separating GM from corporations, but rather pushing for a relationship," Lee said. "I do not want to beg for a table in Biłong."

The union site claims that "the company's decision to separate the corporation is a strategy to withdraw the production plant from Korea." However, Hong said: "Korea has promised to keep production facilities for at least 10 years instead of being supported by the Korean Development Bank during standardization negotiations." On March 29 last year, general director Khao Kiku Korea, Kim said: "GM does not withdraw from Korea." He also took part in the audit of the Small Assembly Enterprise and Enterprise Committee.

Gwangju type work, which the government and the ruling party promote, also takes half a turn over Hyundai Unions belonging to KCTU. Hong said: "On Gwangju's budget policy on March 24, the budget will be supported by the party, and Gwangju will have to agree."

However, the relationship with Hyundai said at a press conference at the Hyundai Motor plant in Ulsan on June 6. "Gwangju type work is a policy that promotes wage normalization and a serious crisis in the stability of employment for employees," he said. Hong said: "I hope that the trade union will not oppose unconditionally and will respond to dialogue for social consensus." He did not give up saying, "This is not the responsibility of a responsible business entity."

With the development of a flexible work system, the Hong Kong representative is met with resistance from the employees. At a meeting with chairman Park Yongman from the Korean Chamber of Commerce and Industry in June, Hong-kun said: "We might consider extending the flexible worker system from the current three months to six months." On the eighth day of the meeting, the head of the ruling Uri party declared that he would review the Labor Law Act, KCTU held a press conference the same day and said, "Stop the discussion itself." Kim Myung-hwan, chairman of KCTU and Kim Joo-young, chairman of the Federation of Korean Trade Unions (FKTU), agreed on Monday to block the government's plan to expand the flexible system of work.

The leaders of the Democratic Party expressed their concerns because both unions were holding a workers' convention on October 10 and decided to stop the expansion of the flexible labor system. The spokesperson said: "I am sympathetic to trade union concerns, but the trade union is also responsible for the revival of the Korean economy, which is in trouble because of the slowing economy. We expect a wise and mature coping by the trade union."