Home / italy / Zingaret: give hope to the country In the Democratic Party, the pre-election front is now growing

Zingaret: give hope to the country In the Democratic Party, the pre-election front is now growing 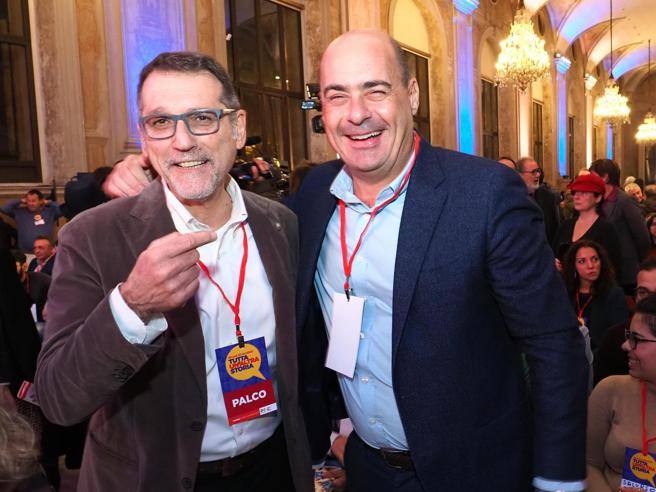 Four young people have been able to mobilize twelve thousand people in Piazza Maggiore thanks to social media. The Democratic Party, which kicked off its three-day visit to Bologna on Monday, sees them with admiration and a touch of envy. Their exploitation casts new doubts on a party that has to find its new identity and research effort here. Ianani Kuperlo, the organizer of the demo assembly, prefers to see the glass half full when she confesses, arguing with some party colleagues: The Democratic Party is no longer autonomous, but rather open to civic experiences. In short, this must be the new way. Stefano Bonacini took him here in Emilia-Romagna with his Regional listings. Nicolas Zingaretti first opened it in the Lazio region, and now the secretary is trying to export this experience nationally.

But twelve thousand sardines in Piazza Maggiore they push PD to inquire of himself at another point of minor importance. Doesn't this adventure in government with rebellious ally Grillino help keep the Democratic Party away from voters? No one in the Palazzo Re Enzo gym where the Democratic initiative is going says that we have to go to the polls, but the idea that sooner or later we will arrive – without PD being officially responsible – carries many. Andrea Orlando goes on to tell her party colleagues that if she continues like this, it can't last. Nicola Zingaretti exchanges messages with his cellphone in which he almost seems to justify his choice: I couldn't do otherwise, he entrusted to parliamentarians and friends. In short, a fraction of the Democratic Party, and this is an important part, fails to see voting as a disaster.

But there is another piece, also relevant, that does not give up. His representative, Dario Francescini, is taking over the stage just to claim the choice. The Minister of Culture emphasized that Italian democracy is still in danger. He mentions Mateo Salvini and evokes Benito Mussolini who wanted to turn fear into hatred, and then adds, clearly articulating the words: We are obliged to govern together. Concern shared by Zingaretti: The culture of hatred is defeated with hope, building another proposal for this country. But Francescini goes even further. He explains why we must continue to look for a 5-star collaboration and not let it go: We must insist, we must not stand up to waste. We knew from the beginning that it was difficult. The Minister of Culture still thinks that the evolution of 5 stars is possible and thinks that it is inexplicable not to make local deals. In short, the mission is to broaden the democratic field. And then, who, even among the same demos, criticizing some excess of Democratic Party shyness is wrong: Not shy, but wary of those who have their shoulders all over the country, remember Francescini to those in his party below for cheering for early elections.

Therefore, the Democratic Party is divided on the prospect of this legislature, but there is one element that everyone shares in this room: the resentment of Mateo Renzi, his views and his choices. He left us at 18 percent and now wants to destroy us, says Cooper. The budget law – Franchises Thunder – is changed only for those things that the majority agrees with, without seeking contracts with opponents to keep the allies. Conte's cabinet minister is very critical of the manicure's quest for visibility, all aimed at finding personal consent from Renzi. The resentment of the Italian leader lives up to the glue, but it is not enough to revive the Democratic Party. In addition to vigilance, we also need intensity. It is probably for this reason that Francescini strongly resumes his demo job: We want Ius culture – almost shouting from the stage – and we will not stop.