Even Google Maps is wrong: is it really a closed Gardensana? 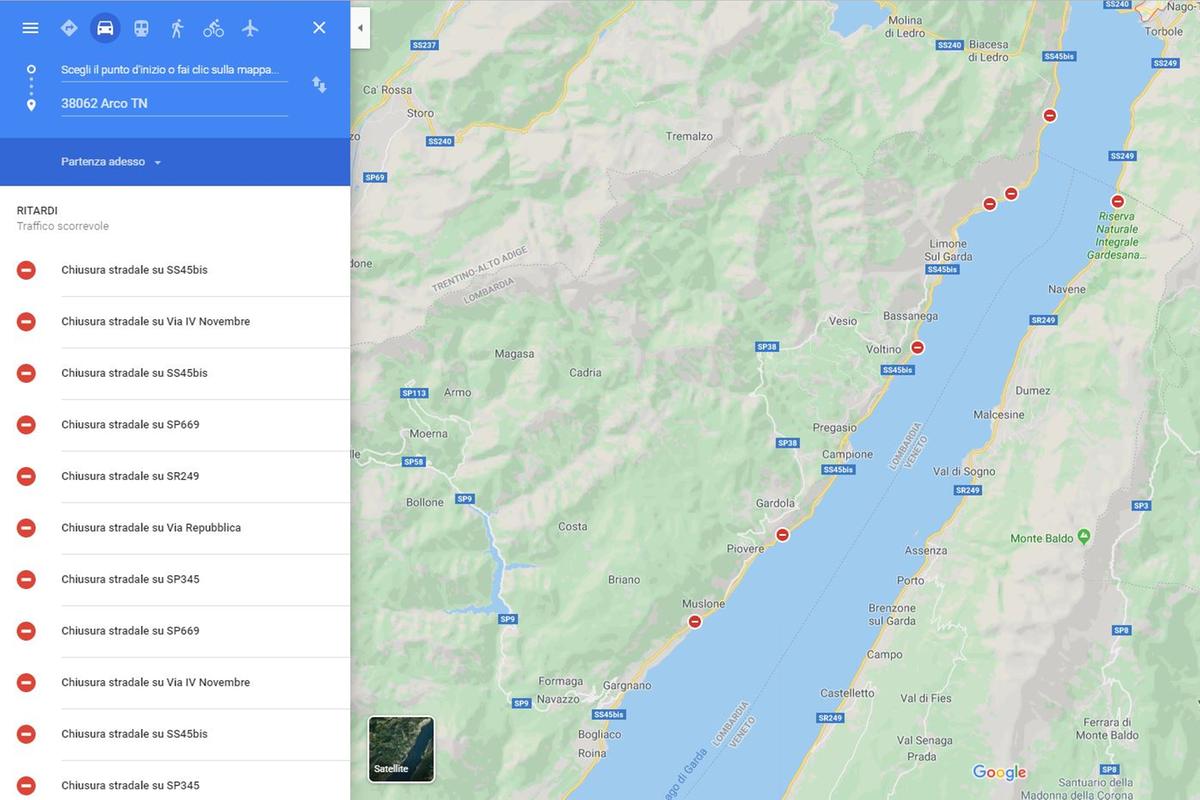 Do you want to advertise on this site?

but is it Gardasana closed or not? If so many have asked, in the last two weeks. In the age of the Internet, browsers, applications and in short, maps, to move around we use (almost) always a smart phone.

We are technology dependent and if you make a mistake we run the risk of making mistakes. We risk because the suspicion is human. And so, when so many motorists heard from Google Maps that Gardesana was locked up in Limon, she was in doubt.

In the editorial we received several messages, requesting information about the service, of course, but at bad weather days also about the concerns of landslides and landslides. Not only that: Traffic police confirm that they have received various reports from individual drivers or bus groups.

The question? Always the same: but Gardesana is really closed as she says Google Maps?

The answer is no, Gardesana is not closed. Hoteliers in the Limone area confirm this, but they tell us about the many calls from the last few days and screenshots showing the symbols of the ban and therefore the closed road. Only on Google Maps.

If in fact another application, it is Maps to iOs (iPhone), 45bis is regularly open.

How is this possible? Let's start by saying that before summer, Google has simplified the way we report slowdowns, crashes, or closed roads on Maps. Improvement of traffic detection thanks to the smartphone location system, whose data is transmitted to Google's servers every time we use Maps, launched in 2017.

Now, with just a few steps, it is possible to bring out the icon that best represents the problem we faced on the road: a construction site, an accident or, as in this case, closure.

If, however, the level of traffic is regulated – so to speak – independently, based on the data our smartphone automatically sends to Mountain View, the road closure procedure seems less linear.

Google announces itself vademecum report and correct errors. What failed with 45bis is still unclear.

Of course, always to remove human suspicion, agents of Traffic police they left Sally and reached Limonon, making sure no, Gardessana was not closed.