Covid besieged the North and moved to the province. Milan and Naples better than Como and Caserta 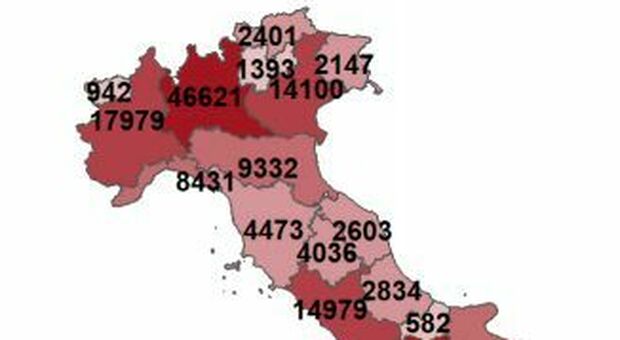 Cuneo and Verbano-Cusio-Osola worse than Turin. Varese, Sondrio and Como are much worse than Milan. And in any case, the north is definitely more infected with the virus than the south. A photograph of new infections taken in Italy in the last week, between small improvements and color changes in the species, shows two fundamental data. The first is that, with very few exceptions, as yesterday’s bulletin shows, the new positivity is definitely concentrated in the north of the country (with Lombardy, Piedmont, with the exception of Campania, Veneto and Emilia Romagna in the lead). The second and rarer than in the recent past and also in the first wave is that now the small and medium-sized provinces risk settling more than the capitals of their region. In practice, out-of-urban epidemics are more common. 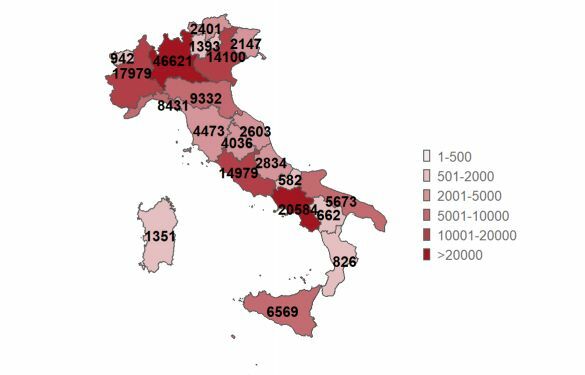 The case in Florence

And so the numbers at hand, if for example Florence registers 55 new cases per hundred thousand inhabitants, the province of Massa Carrara has more than doubled (117). The same goes for Milan (85), without a special order they surpassed Varese (136), Como (111), Monza and Brianza (99) and Sondrio (102). But the scheme is more or less applicable throughout the nation (the province of Caserta has 92 new cases and Naples 74; that of Belluno 93 vs. 53 in Venice), even when the contagion is felt less: not only between Rome and Rieti is second worse with 68 new positives per 100,000 inhabitants versus 45 in the capital but also in Sardinia, where Nuoro, 73, doubles the number of cases in the Cagliari area, 24.

Conte: “Armored Christmas”. This is a departure from the vigil

“The shift to less densely populated areas is certainly one of the factors that emerged in this second wave,” explained Fabrizio Pregliasco, a virologist at the University of Milan and a member of Lombard CTS, appealing to a metaphor for describing the phenomenon: “We actually have to imagine this disease is like an iceberg, with less visible and more invisible, asymptomatic and symptomatic. “If, as happened in the summer and partly later, we left an iceberg to melt everywhere, it ends up spreading evenly.” In practice, “due to travel”, limited but impossible to block by keeping offices open, “new epidemics have emerged that have mitigated the impact of the virus on the territory,” continues Pre Preasco. “The passenger who causes the chain of family infections, responsible for 70% of the cases, is enough for the situation to get out of control.” And if that happens, it becomes even harder to fight the spread of the virus. Indeed, local health care, due to its more fragmented nature, may encounter various difficulties in keeping all patients under control or treatment.

“These numbers,” explains Agostino Miozzo, co-ordinator of the Technical Scientific Committee, “and their connection to travel and travel, which are not always controlled, must also be read in connection with the fact that large cities, most affected beforehand, have activated mechanisms.” government and disease management more impressive than in certain territories. ” In practice, local companies present in less densely populated areas have less lubricating mechanisms in terms of cooperation between them than the various health spirits that can be found in larger cities. “The cities that often – concludes Mioco – after the initial disorientation, have done really great miracles to overcome the problems they also faced.”