Sudan's deadly crisis has evoked the shedding of the Arab Spring 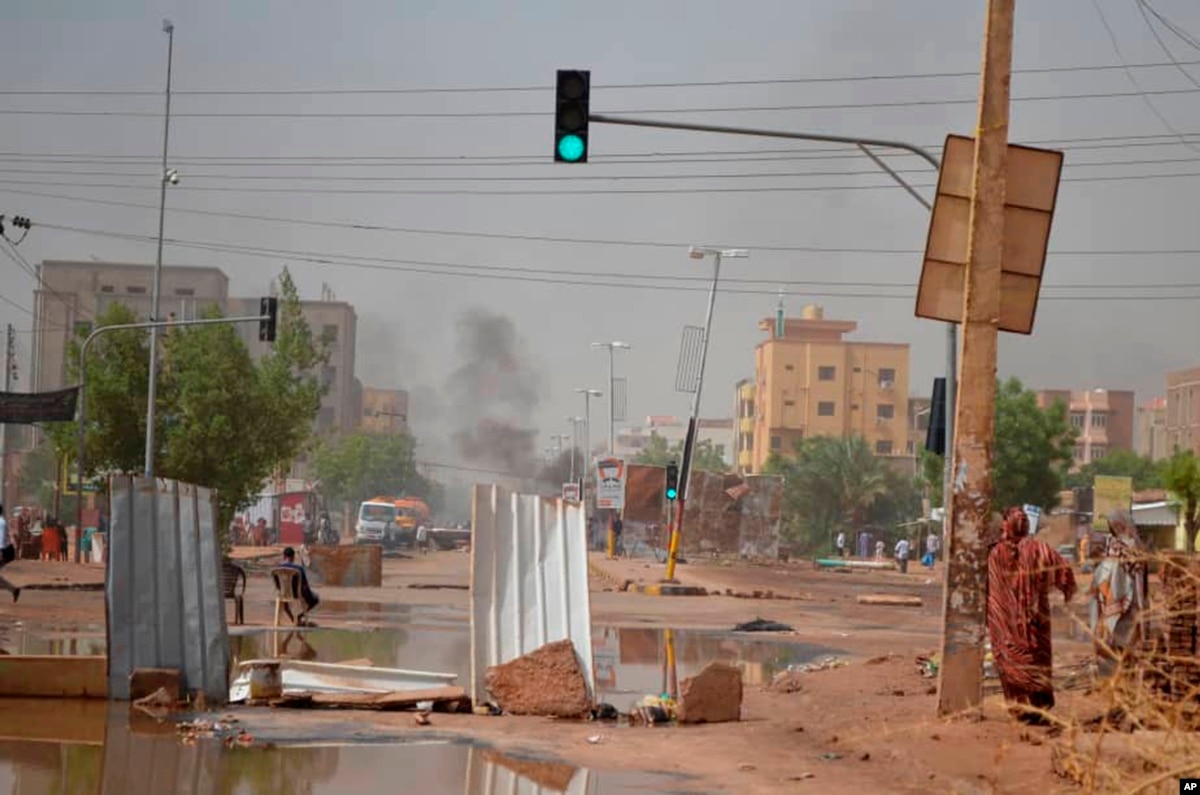 In the Middle East, it often started in the same way: a popular storm of street protests against longtime autocrats and protesters inspired by growing aspirations for democracy and freedom.

But then the military moves in. Its ruthless, brutal force helps the leader and his family, or keeps their own longevity to the military after the fall of the leader. Death, detention and disappearances become commonplace and in some cases, a devastated civil war is broken up by external intervention.

Organizers of the pro-democracy protests in Sudan say the number of victims across the country from violently breaking up their camp for seats in Khartoum earlier this week rose to 60. Sudan's deadly operation triggered bloodshed from the Arab Spring since the previous decade – uprisings in Egypt, Syria and Libya. Tunisia was a nation that escaped the massacre.

Here's a look at the 2011 military attacks around the Arab world:

The Arab Spring was born in Tunisia, where it was called the Jasmine Revolution. The country has long been distracted by repressive repression, high unemployment, increased inflation and endemic corruption under the rule of President Zin al-Abidine Ben Ali.

Self-esteem of the beaten and humiliated street vendor, Mohamed Bouazizi, has led to protests across the nation-wide territory, faced by social media, which broke down the long-standing authoritarian president in January 2011. He escaped into exile in Saudi Arabia.

This led to democracy in Tunisia and inspired similar movements around the Arab world. Although there were deaths in the fight, it was nowhere near the bloody tolls of other Arab nations. The revolution turned Tunisia into a young democracy, which became a catalyst for the Arab Spring, and then miraculously surpassed it as the only country that peacefully maintained its transition.

There were strong days in Tahrir Square in Cairo, when in 2011 the revolution of January 25 was held and in a few weeks, the autocrat and chief president of Western ally Hosni Mubarak broke down. There were striking scenes while Mubarak loyalists entered the crowd of camels, beating the protesters. The humiliation was renewed when the Supreme Council of the Armed Forces took over, and the people greeted the soldiers. The war was to rule until the June 2012 elections.

Then, the one-year rule of freely-elected President Mohamed Morsi, whose Muslim brotherhood subsequently joined in the alignment of power, was brought to a sudden end to Morsi's removal by the military after mass protests against his divided rule. Defense Minister General Abdel el-Sisi took over and won the next elections that were considered fake by slanderers and some analysts.

The worst of the bloodshed took place in August 2013, when soldiers under the command of El Sisi descended after protests filled with Morsi supporters, killing hundreds of people at Rabaa al-Adavia Square in Cairo and elsewhere in a day. Morsi remains in jail facing life imprisonment, while the death sentence against him was overturned.

Voters in Egypt recently approved constitutional amendments that allowed El Sisi to remain in power by 2030, fear of critics fearing to strengthen authoritarian rule. The opposition and freedom of speech were largely destroyed in Egypt, while El-Sisi was praised by President Donald Trump for his crackdown on Islamic militants.

The Libyan section of the Arab rebels immediately appeared violently after protesters broke into several cities during their housing in January 2011. The protesters were fired and fought in an armed revolt as a country – held together for four decades by the cultural cult of personality and wealth reared by Moammar Gaddafi – began to crumble. The civil war raged and widespread abuses were committed by Gaddafi's forces and rebels.

Western forces intervened on the side of the rebels by punishing the air strikes that helped to overthrow Gaddafi, as captured in his hometown of Sirte. His murder was captured on video, and then seen online all over the world in all his horrid details. For days, rebels have shown Gaddafi's body, so the nation would believe he was dead.

After the expulsion and killing of Gaddafi, Libya sank into chaos and turmoil, with the country divided today between two governments and a series of militias fighting for power and territory.

The uprising in Syria began in March 2011. In the city of Darah, young people write graffiti against the reign of President Bashar Assad. After witnessing the cataclysmic events in Egypt and Tunisia, Assad's forces quickly moved to a brutal crackdown on the opposition.

But it was not to be a relatively quick and ruthless operation like the Hama massacre in 1982 by the father of Assad, Hafez, which killed thousands. Instead, the country engulfed a civil war, now in its ninth year and counts. Hundreds of thousands are killed and millions more internally displaced or escaped in other countries.

The crimes committed by the government, including chemical attacks, as well as those from the rebel groups and the group of the Islamic state, who at the same time controlled one-third of the country before being defeated, are ruthless.

The bloodiest chapter in the war can still be awakened in the rebellious Idlib with tens of thousands of civilians crossed fire, because the Assad government, backed by the Russian air force, promised to regain the province and all other inches on the Syrian territory lost during the war.

Last December, when Sudan struggled with rising prices and scarcity, the Sudanese Professional Association planned a march in the capital, Khartoum, to demand an increase in wages. When separate demonstrations erupted over rising bread prices in Atbara, a railway hub north of Khartoum, the SPA expanded its demands to topple the government, citing slogans of the Arab Spring uprisings.

The fourth group of unions succeeded in April where war, sanctions and the International Criminal Court, which accused President Omar al-Bashir of Darfur genocide charges, failed to complete his three decades of rule.

However, military measures such as security forces overwhelmed the main protest site, following its call for early elections in the coming months and rejection of protesters' demands, seems to indicate that the army does not intend to establish civilian authority and abandon its own power any time soon. Sudanese generals now say they want to resume negotiations with protest leaders, but protesters reject such calls as long as soldiers shoot and kill.