Saudi Arabia and Iran after summit of resentment | Middle East 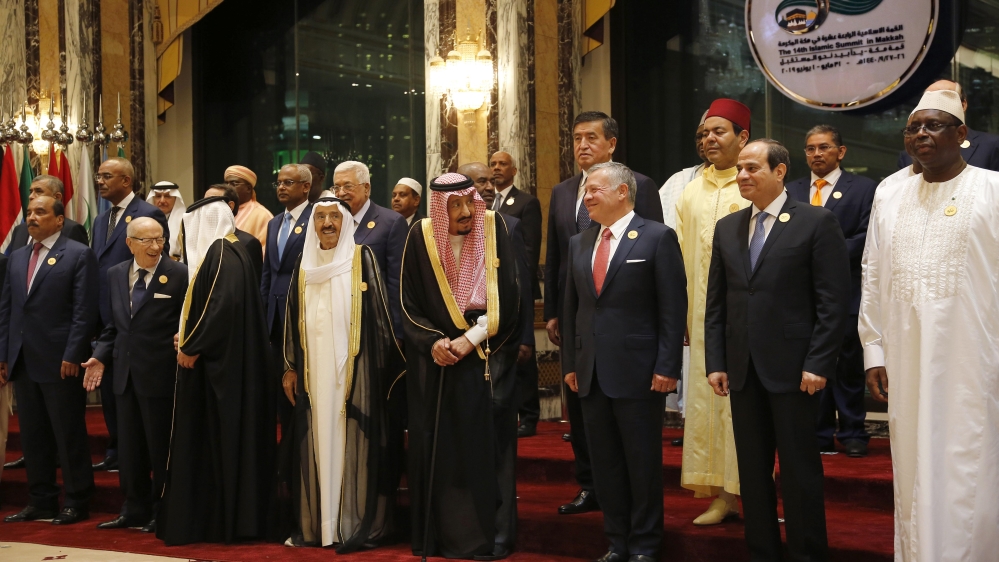 Saudi Arabia hosted three summits last week – the Gulf, Arab and Islamic – with a common goal: to confront and isolate Iran. All other urgent issues in the region, from the ongoing decriminalization of Yemen to Libya's imposition of daily bombings in Syria and the worsening occupation of Palestine, all had to assume the background of the escalation of the Saudi OAU against the Islamic Republic.

By the end of the meetings, Saudi efforts to put diplomatic pressure on Tehran paid off, at least on paper. The final announcement of the extraordinary Gulf and Arab summits condemned Iranian interference in Arab affairs. The final statement by the Organization for Islamic Cooperation (OIC) failed to isolate Iran, but condemned the recent attacks on Saudi oil and oil tankers and confirmed its right to defend itself.

How important is this diplomatic attack against Iran and how it will affect tensions in the Gulf and Middle East region? Here are three possible readings.

According to some Arab circles, the summits promoted the Saudi monarchy at the summit, as it emerged as a central force in the Arab and Islamic world.

After several pressing debates, including the blockade of Qatar and the murder of Saudi journalist Jamal Kashoggi, undermined its international position, Saudi Arabia finally managed to reform its positions in the Gulf, the Arabs and the Islamic countries with a new focus on the danger posed by Iran, which with the words of King Salman, "supports terrorism for decades and endangers security and stability in order to expand influence and domination."

This reading was adopted in some Western circles, which claim that Saudi Arabia has largely succeeded in "unifying the Arabs against Iran," because the summits signified "the re-emergence of Saudi Arabia from Paris to a regional power broker." If Saudi Arabia appear more powerful in the nuclear regional political power of the larger Middle East, it follows that Iran has become weaker.

Indeed, Saudi hegemony was apparent in the summit proceedings. Riyadh's manipulation of the agenda's agenda was so obvious and so absurd that he urged some to ridicule his "participant-one-to-two-free" trick in Mecca.

The Saudis left little chance or debate, imposing previously prepared final statements for members of the Gulf and Arabs, according to Qatar's Foreign Minister Mohammed bin Abdullahman Al Thani, who outlined his country's reserves for both statements. Baghdad also rejected the final comment at the Arab Summit. Damascus, who was not invited, did so in absentia.

But whether the Saudi position is the majority of Arab leaders or not, Saudi Arabia, the United Arab Emirates (UAE) and Egypt have emerged stronger and more committed to leading the Arab League in the absence of another power center; the same applies to the Gulf Cooperation Council (GCC).

They certainly appear in the least. As the Arab summit told Egyptian President Abdel Fatah al-Sisi: "It's time to renew discussions about common Arab defense mechanisms."

But does this mean that Riyadh has the support to lead the Arabs to a confrontation or a war against Iran?

Contrary to Saudi Arabia's official claim, Riyadh failed to force the OIC to condemn Tehran directly in the final statement. Iran was not mentioned in the two articles on the Gulf crisis.

At the GCC and the Arab summits, where Riyadh succeeded in singling out Iran by name, the conviction carries little to no strategic weight. The GCC and the Arab League are divided and weaker than ever, thanks to the fact that they are not part of the Saudi manipulation with their agendas to serve their narrow interests and their allies, as demonstrated once again last week. Riyadh may have managed to formulate the final statements to suit her designs for the region, but these warnings or condemnations are hardly noticeable, let alone beware.

The Arabs may have had a certain strategic weight in the past, but the Gulf wars and crackdown on popular upheavals drastically weakened much of the Arab region, which has become a more humanitarian burden than a powerful regional decision maker.

In addition, Saudi Arabia, the Emirates and Egypt hostility to Iran (as well as Turkey) and democracy (as did the Muslim Brotherhood) meant everything, and everyone else took the back seat to the detriment of Arab peace and security.

In this way, the condemnation of Iran for interfering in Yemen and Syria and accusing it of attacks in the Gulf, causes little regional and international arenas. Unfortunately, the same applies to their calls for peace based on two state solutions in Israel / Palestine.

Issuing condemnation without power and without a strategy for their support is how to issue bad checks. Saudi Arabia could preside with neat summits that lost the final communique, but the end result is nothing more than a collection of PR-stunts that do not change the balance of power, nor do things change on the ground.

This is especially true, given that even the Egyptian el-Sisi refrained from mentioning Iran in his speeches, despite his anxiety about the ayatolas. This signals an Egyptian reluctance to support the escalation of the war against Tehran.

Does this mean that tensions will continue to grow and take place, without an end to sight?

Regardless of whether Saudi Arabia's efforts behind summits are, as outlined above, successful, irrelevant or successful, but irrelevant, they are wrong. The Saudi obsession with Iran has only deepened the Gulf crisis and ammunition has given foreign forces interference in the region.

Arab leaders are right to notify Iran and try to limit their destabilizing activities in the Arab world, but the epithet in Washington against Tehran is not a solution. In fact, they can become the biggest problem.

Indeed, Saudi Arabia, which engages its Iranian problem in Washington, will be catastrophic for the region. Riyadh's site just hosted to provide President Donald Trump a great deal if he decided to further exploit tensions with Tehran for strategic or even personal gain before the presidential election.

The only effective response to Arab regional ambitions is and has always been: negotiations from a position of force. But this requires a real, not a false unity.

It also seeks to address the enormous challenges facing the Arab world, especially armed conflicts. But Riyadh and his younger partners proved to be part of the problem, not the solution. They continue to wage war in Yemen, fight a mediating war in Libya and give their support to the new military rulers in Sudan while fighting the peaceful revolution.

In fact, Riyadh proved ready, even enthusiastic, to do whatever it takes and an ally with anyone else in order to protect and expand his tight regimes. Today, this means violent behavior, blackmail and bribery of Arab countries in submissiveness and an alliance with external forces, namely the United States and Israel, to the detriment of Iranians, Palestinians and Arabs throughout the region.