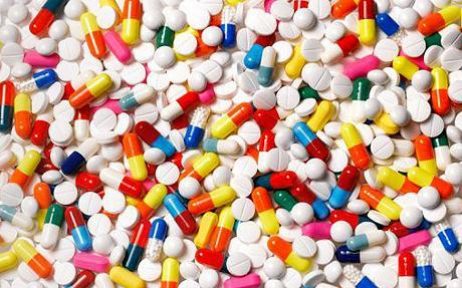 A. A four-in-one pill designed to reduce heart disease and strokes could help older people avoid taking so much medication.

Scientists have speculated that a 'polypill' could replace the plethora of drugs needed by pensioners, but so far there have been no studies to suggest they are as effective as individual medicine.

Now new research, published in The Lancet, has shown that a combination of aspirin, statins and two cholesterol-lowering drugs has reduced the risk of major cardiovascular disease by 34 per cent.

The trial by Tehran University of Medical Sciences in Iran involved 6,841 people aged 55 and over living in 236 villages in northern Iran.

The villages were randomly divided into two groups, with one made up of 3,417 participants who were given general advice on diet, exercise and smoking.

The second group, containing 3,421 people, was given the same advice, but was also required to take a polypill each day.

After five years, 202 people in the combination pill group had suffered a heart attack or stroke, compared to 301 in villages where only lifestyle advice was given.