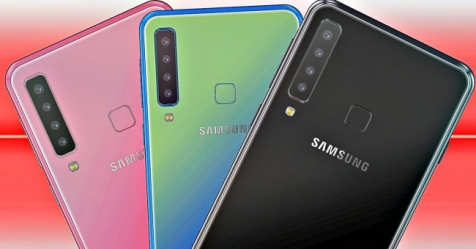 [THE INVESTOR] Samsung Electronics plans to release the Galaxy A9 smartphone on the Indian market next week, industry sources said on Nov. 22, seeking to catch up with its Chinese rival, Xiaomi.

The Galaxy A9, whose release date for Korea has not been confirmed, is the tech giant's first mid-range smartphone to come with a stunning four-camera camera on the back.

This year, Samsung Electronics released a variety of smartphones in India, including the Galaxy J series, the flagship Galaxy S9 and the Galaxy Note 9.

According to a study conducted by Counterpoint Research, Xiaomi took up 27 percent of the Indian market in the third quarter, followed by Samsung with 23 percent. China's Vivo Communication Technology was 10% behind, and India's Micromax held 9%.

Industry watchers said Xiaomi has expanded its presence in India by focusing not only on online sales but also on offline stores as well. Xiaomi plans to open around 5,000 stores in India by the end of 2019.