Gossip: United have another midfielder and the contract with Mbape is “ready” 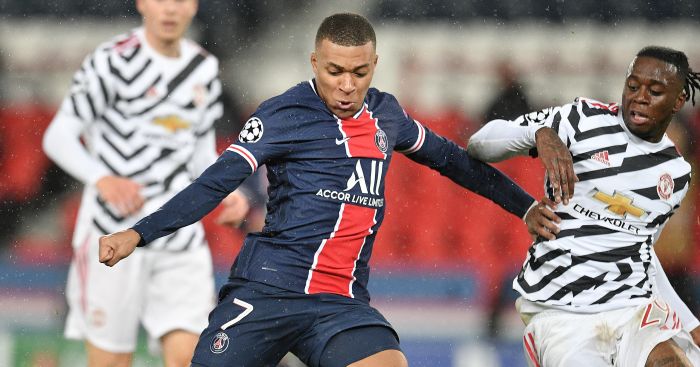 Manchester United have a lot of central defenders, but a good part of them are a bit of rubbish. And behold, weeping has spread throughout the land: More backs! Specifically, the 22-year-old representative of France, Daiot Upamekano, who can be available next summer for only 38 million pounds thanks to his new contract with RB Leipzig.

Umamecano signed a three-year deal with Leipzig, putting United on the move for him over the summer, but it contains a new lower release clause that will apparently take effect next summer.

The youngster has three appearances for France – it is difficult to reach them, just ask Aymeric Laporte – and he even scored his first international goal against Croatia. For this and many other reasons he was already named Frenchman Conor Coadi.

Killian Mbape is definitely leaving PSG in the summer and although that means he is joining Real Madrid, let’s follow the lead of Metro and stick the name of Liverpool there because why not?

Hold on, though. Come back a little. Mbape definitely leaving PSG in the summer? Definitely? Yes Not the words of the “Gossip Column”, but the words of Adil Rami, who was part of the 2018 World Cup with Mbape and therefore definitely knows this for sure and did not just offer an opinion when asked a specific question from RMC Sport.

“I think it’s over,” Rami said, offering a huge clue in the second word. “Even more so because the talks are not progressing. You have the feeling that it irritates him, talking about it.

“He does not speak to the club or his entourage. And from the moment it annoys you, it means he does not want to hear it. “His future looks totally outlined and sad for the Parisians, even for Ligue 1.”

With all due respect to Rami, we are literally no closer to knowing anything about Mbape’s future, but it does make some delicious URLs, and that’s the real quiz.

Thus, Patrick Bamford made us think of absolutely random scorers in the hat-trick in the Premier League. Justice for the “busy” Kevin Lisi.