Come on minnows, have a go at Liverpool and Man City … 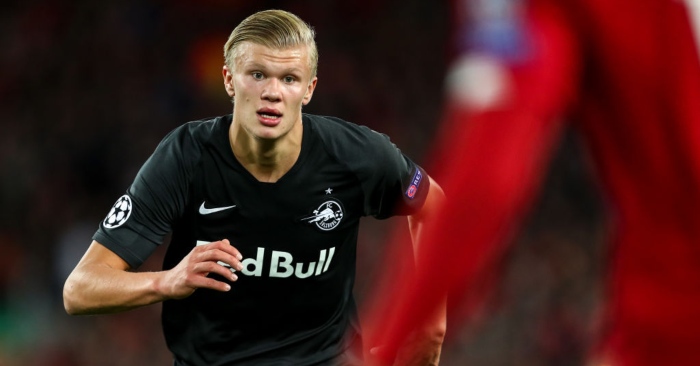 Thank you for your mails. Now watch Manchester United and Arsenal and send us some mails to theeditor@football365.com

Matip> Van Dijk? Behave
Sam, you clearly have no clue what you're talking about.

In the first half of the season 17/18 pre-VVD arriving in five random games Liverpool conceded 19 goals.

9 in 2 games for City, 4 for Spurs (could have been 10), 3 for Watford and 3 for Arsenal.
Not to mention 6 in 2 games v Valencia in the CL.
The defense was a joke, put any pressure on it and it collapsed
Since he has arrived he has changed that defense beyond comprehension.

It happened to Milan in Istanbul and Liverpool scored three goals in six minutes. Back then no one was saying "God, Milan had a bad six minutes, they must miss Franco Baresi." It happens, more sport.

An utterly ludicrous argument yet sadly an indictment of the knee jerk reaction the world we live in. Nobody can give Team X credit anymore, Team Y must be the problem.
When Michael Thomas scored a lopsided minute to win Arsenal the league nobody said Liverpool bottled it / were missing defender A, they gave Arsenal credit. Nobody rang a Dalglish demanding phone and there was no twitter (or even an internet !!) so there was nothing like #Kennyout trending.

And, by the way, Matip played the day Liverpool were 4-1 up to City with five minutes to go and hung on to win 4-3… VVD play. It happens.
Ferg, Cork

Not saying Van Dijk is shit, not saying the best thing about sliced ​​bread (like most), just saying that he is a good player and that he is human. Just like de Bruyne, the media and their disciples are just waiting to collectively jerk about these players and I believe they are distorting people's opinions.

The fact that Van Dijk was so comprehensively dismantled last night, and how Gnabry dismantled Spurs on Tuesday shows just how stuck up our own ass is.

This is not a knee jerk reaction, I just thought it would be a good time to say some moderation, but hey that would sell clicks or ad space now would it?
Fat Man (when I raise my trigger finger…)

Make some mistakes
Quotes a famous quote from Italian manager Annibale Fossi, and I paraphrase… That 'the perfect football game ends 0-0 as it means no one has made a mistake'

Give me mistakes. 7-2, 4-3. Requires entertainment. And why not everyone watching.
Marc (London)

Come and have a free hit…
Even as a Liverpool fan it was so nice to see a team come to Anfield and 'give it a go', as Salzburg did last night. They knew they were weak at the back so used their strengths to scare the shit out of Liverpool.

They look a decent side going forward.

It has led me to think how many teams (in PL, for discussion purposes) go to Citeh or Anfield and just admit they are gonna lose and even have to try any punches.

They come and try to park it – and granted, sometimes they last the full 90 minutes, but mostly they come undone.

If you are so sure you are gonna lose, why not go to grounds like that and have a go?

Look at Salzburg last night. This was a free hit for them, and it puzzles me that 'lesser' clubs have more fun with free hits. Sure you could get battered, but if you 'decide' to lose your way anyway, whats the harm.

Look at Norwich beating City, as another example (granted Norwich were at home). But how many home games for the 'big boys' are so routine because the opposition has decided they are going to lose before kick off?

Too many, for me Clive.
Pablo (p.s. how many times Macca says 'yep' as a co-comm), London

Swap with Spurs? No thanks
I would swap places with our north London neighbors.

And no, not because I hate their guts or anything. For me, the only day I really get into the rivalry is on NLD day and even then I think of it more as a pantomime than any deep seated hatred – hating anyone because they support a club near yours is plain stupid.

Anyhoo – to my point. The reason I would swap places with the Spurs is that they seem to be nearing the end of a project while we are just beginning ours. Yes, they are still in the Champions League but they need an overhaul squad and I'm not sure they have the funds to do it because of the new stadium – it's been done that, and it ain't pretty I can tell you.

For the first time in years, we actually have some decent youngsters coming through that are really excited about. They may well be the best batch of youngsters since the 80s and when you consider Tony Adams, Martin Keown, David Rocastle, Michael Thomas, Paul Davis, Kevin Campbell, Niall Quinn, Andy (rew) Cole, Paul Merson and Ray Parlor all came through in and around that era, that is quite a claim.

I mean look at Saka – that guy is so good not sure if we should be resting him for the league already!

I see Emery being the Arsenal manager next season so if you can find a coach who can get the best out of these youngsters, I think the future is bright at Arsenal – not sure I can say the same for Spurs.
Graham Simons, Gooner, Norf London

Welcome back, Peter Drury
Just wanted to say how much I enjoyed having Peter Drury back on commentary for a game with an English club last night. He often gets put on the other CL games but in my opinion, the best out there.

Who are the mailbox's favorite commentators? Finding Jenas and Murphy grating this season!
Stu, Southampton

Initially speaking
I used to play 5-a-side with the kit person (and about a million other jobs!) For a lower-league club in London, and I once asked him how come football managers have their initials on their clothing.

"Fuck for laundering, you idiot," he replied. So the kit person knows which pair of sweaty trackies belongs to which member of the coaching staff. Similarly, every piece of training kit has a player's squad number on it.

(Incidentally, this same club once replaced a sacked manager with a manager with the exact same initials that I suspected might have been a money-saving gambit.)
O’Reilly Tree, London

Underpant talk
Never mind having their initials on their clothes. Alex Scott was on the phone the other night telling a story about how she had to wash Arsenal men's kit including their underpants. How does anyone in football think this is incredibly odd? What other job is there where you give your underpants to one of your coworkers and expect them to wash them? Even the idea of ​​your employer providing your grundies is super weird.
SC, Belfast (Do they have their initials on their underpants? I need to know!)