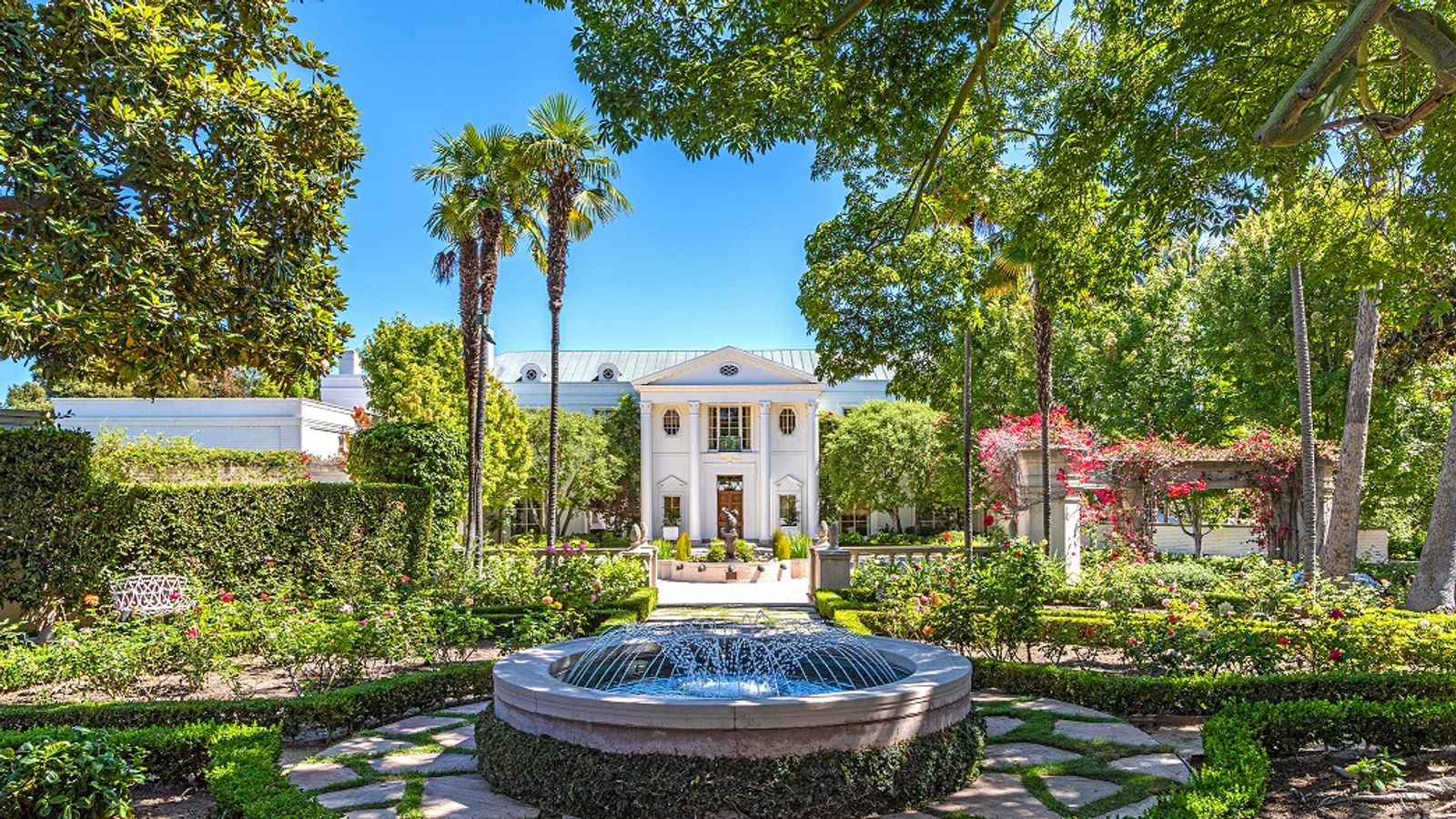 The luxurious Los Angeles home, known as Casa Encantada, sits on eight acres of land and boasts 60 rooms that each have city, ocean or garden views.

It also features a pool house with a screening room and bar, a tennis court, basketball court, Koi ponds and a number of guest houses.

The Georgian mansion was designed by famed architect James E Dolena and has hosted US presidents and Hollywood royalty since it was built in the 1930s.

Mr Winnick and his wife Karen then hired a team of 250 people for a museum-quality restoration of the estate.

Casa Encantada is listed by Beverly Hills-based firm Hilton and Hyland, which was co-founded by Conrad Hilton's grandson, Rick.

His business partner, Jeff Hyland, told the Los Angeles Times about who he thought would be interested in the property.

"We don't expect it to be someone who just made their money in tech on an IPO and is 29 years old," he said.

The most expensive home to be sold in the United States was formerly film producer Aaron Spelling's former estate in Holmby Hills, which went for $ 120m (£ 93,000) in July.

A penthouse apartment in London's Knightsbridge is believed to be the most expensive property to sell in the UK after changing hands for £ 160m.

The most expensive private residence in the world won't be up for sale though.

Valued at £ 1bn, the Queen's residence of Buckingham Palace has 775 rooms, which includes 52 bedrooms, 19 state rooms, 188 staff rooms and 78 bathrooms.