The number of people suffering from HIV in Depok increased, is not slightly underage – VIVA 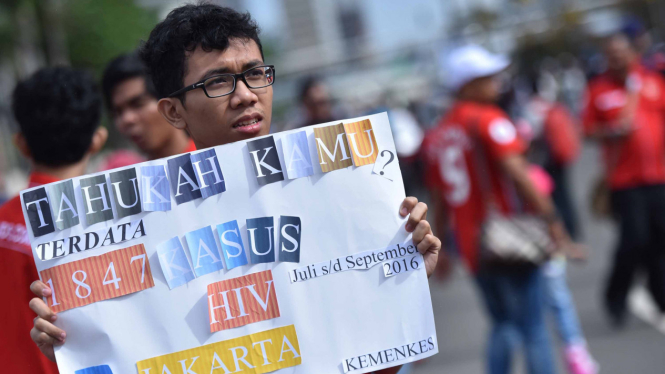 VIVA – It seems that the number of people with HIV / AIDS in Depok City has increased. Ironically, not many sufferers are still underage. The causes also vary, but are average due to shrinkage.

This was revealed by the mayor of Depok, Idris Abdul Shomad, when he met with reporters after attending classes in the town hall, Jalan Margonda, Depok, West Java, Monday 19 November 2018.

Idris revealed, from temporary data, the number of people with HIV / AIDS in Depok City reached 340 people. "Because of the infection, the incidence of HIV / AIDS is increasing, up to 340 people suffering from this disease," he said.

Therefore, the city government of Depok through the Health Office and related institutions will be more aggressive in providing counseling and socialization. Meanwhile, Idris also stressed that his party did not issue the mayor's (Perwali) regulation on deviant sexual behaviors carried out by LGBT. However, he did not cancel, in fact there were proposals for regional regulations (perda).

Idris's statement at the same time denied that the officer was determined in Depok. "There is no (beginning), I did not plan, so I'm a bad friend," he said.

Idris explained that there was news when he presided at the Deputies' Regional Council of Deputies (DPRD) some time ago. "At the plenary session, the Gerindra faction proposed a regional anti-LGBT regulation, my comments should not be the first, because the data is not yet valid," he said.

In addition to inaccurate data, continued Idris, another thing that is still being considered in the regional regulatory discourse, is the budget. "Local regulations use fees. At that time, I commented, it's better to use only the right, ehI think I want to arrange it, "he said.

When mention was made of LGBT numbers in Depok City, Idris repeated that he was still collecting data.