In this light WBA fight, Crolla was announced to win an absolute number over the Jordan. Thanks to this victory, Crolla has the chance to challenge the world champion WBA Vasyl Lomachenko.

After the fight, as usual, Crolla had to send a urine sample to pass the anti-doping test. But he surprised his followers when, through his account on Instagram, Crolla showed a urine sample that was dark red. 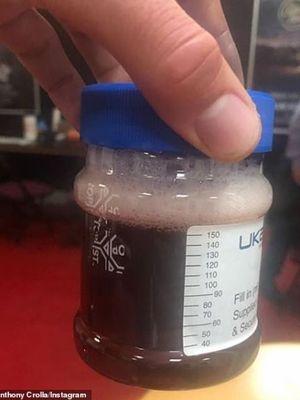 The condition of dark red urine is not normal for boxing after a fight. Although it has not been clarified whether it shows extreme fatigue or suspicion of some content in the urine.

Also, through the Instgaram account, the fans joked about the color of Crolla urine. "I think it is a mix of double rum and coke," they wrote.

After winning the Jordan, Crolla has a chance to challenge Łomacence. He recorded the battle record 34-6-3 with 13 knockouts. While David Jordan has a battle record of 38-4 with 26 knockouts.