Roger Federer aims for a subtle shot at Novak Okokovic after refusing to end the year no. 1 ranking | Tennis Sports 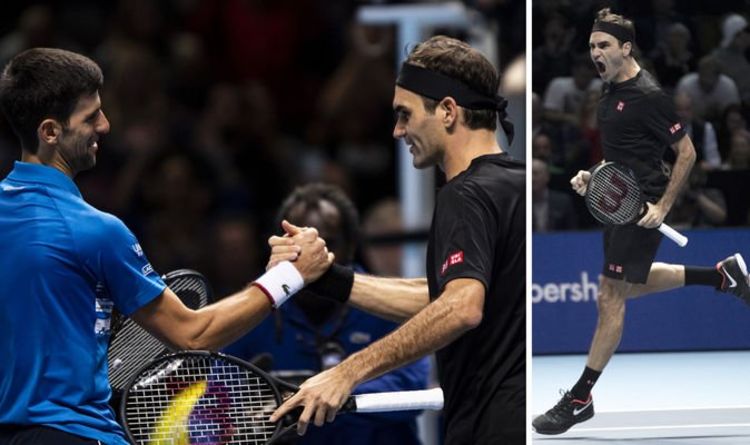 Roger Federer has said that Novak Djokovic will not have a chance to end Year 1 if he wins Wimbledon.

Federer moved to the semifinals of the ATP finals after delivering an excellent performance at the O2 Arena over okokovic.

The Swiss served superbly, scoring just four points on his second serve and scoring 78 percent of his service points to frustrate his opponent.

And Federer's victory meant that Nadal ended the year as the world's number one and at the end of year number 1.

The 38-year-old also managed to get some revenge on okokovic after losing to him at Wimbledon in July.

After the match, Federer was asked to help Nadal reach the top and said that Okokovic was as close as he was to what happened at SW19.

He said: "I knew there was a lot going on for Novak today. If he hadn't beat Wimbledon, I probably wouldn't have come close to being honest.

"That's what I was saying to myself. Because he beat me at Wimbledon, in fact Novak was as close as he was.

"And Rafa made an unrealistic move. Both guys were great years.

"I'm happy to beat them this year, but they both deserve to be ranked higher than me this year.

"But yeah, it was a good day for tennis. I'm sure to some extent, not because I beat Novak, but the World No. 1 race was riding the match, and the atmosphere in the building was very, very good.

"I was able to produce under pressure and I was trying to remind myself to play with less pressure than Novak had during the whole match and it worked.

But Nadal still faces the difficult task of getting to the next round with a compulsory match against Stefanos Tsipipas.

However, no victory for the Spaniard would be enough if Alexander Zverev defeated Danil Medvedev because the German beheaded Nadal.

Tzipipas had already booked his place in the semifinals after defeating both Medvedev and Zverev.