Perception of dementia risk in relation to Americans' actual behavior 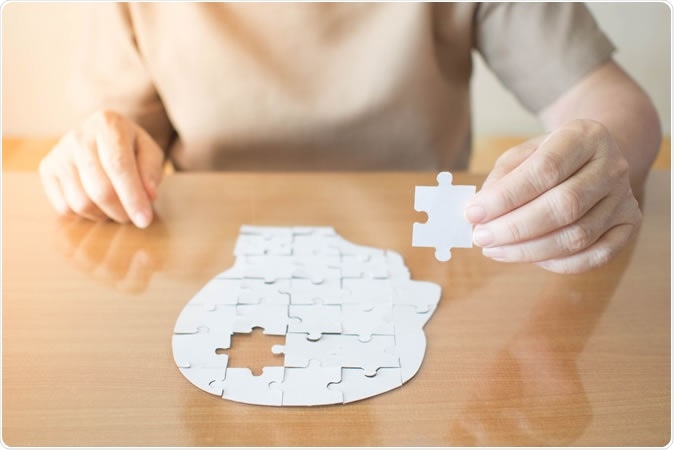 The study found that one in two Americans between the ages of 50 and 64 is aware of the risk of developing dementia with age, but only 5 percent actually visit their health care providers to seek preventive and therapeutic attention. The results of the study, entitled "Dementia Risk Perception and Preventive Activities in US Adults 50-64 Years Old," were published as a research letter to the Editor in the latest issue of JAMA Neurology. The team of researchers presented the most important aspects of the study at the annual meeting of the Gerontological Society of America. The study comes from a team of researchers from the Institute of Health Policy and Innovation at the University of Michigan.

A new study finds that nearly 50% of older Americans are aware of the risks associated with dementia. This is an improvement from previous evidence, the researchers say. However, only a third of these people take active steps to prevent dementia with age. These steps include doing brain work such as crossword puzzles and other puzzles, taking the necessary supplements etc. Only 5% of this population of Americans actually seek the help of their healthcare providers for the necessary guidelines for the prevention and treatment of dementia and the early stages of dementia, respectively, researchers write.

This study reveals the need for middle-aged Americans to be counseled about the need for help when needed, as well as the steps they can adopt in their lifestyles to prevent and delay the onset of dementia. Researchers warn that prevention is the key to dementia because as the market is flooded with various anti-depressant drugs, there may be unnecessary and excessive use of these drugs.

For this study, the team of researchers included 1019 people across the country aged between 50 and 64 years. Patient data were collected from the National Healthy Aging Survey, conducted by IHPI and supported by AARP and Michigan Medicine (University of Michigan Academic Medical Center).

Respondents were asked, "How likely are you to develop dementia during your lifetime? "(Possible answers are 'highly probable', 'somewhat probable' and 'not probable'); "Have you ever discussed ways to prevent dementia with your doctor?"; and about 4 specific strategies to "maintain or improve your memory" (with possible answers yes or no). The outcome of interest was considered likely to develop dementia (very / somewhat unlikely). "
The results found that 32% of the population who were aware of the benefits of certain supplements took fish oil supplements containing omega-3 fatty acids. Another 39 percent took other supplements to improve brain health. One of the two people was regular with brain games, puzzles, crosswords, etc. to keep their brains active and sharp.

Lead author Donovan Maust, a geriatric psychiatrist specializing in dementia care, said the risk of dementia was less than one in three in people over the age of 85. The risk increases after the age of about 65, he added. Some ethnic and racial groups, such as Latino or African-American, are more at risk of dementia, he explained.

The team warned that people should start taking steps to keep the brain active in their fifties and early sixties. This will effectively delay or even prevent dementia. Maust said: "There is growing evidence that middle-aged adults can take steps to reduce the risk of dementia, including increasing physical activity and controlling health conditions such as hypertension and diabetes. Unfortunately, our findings suggest that people may not be aware of this and do not ask their doctor. "

Dr Erica Solvay, co-director of the national survey, says the risk may not be as much as most people think. However, the risk of dementia is 50 percent higher for those of Latin origin. African Americans are also twice as at risk of dementia compared to whites without Latinos. The team also found that people who have physical problems such as high blood pressure, diabetes and other heart problems are more likely to suffer from dementia than those who are otherwise physically healthy. Maust said that public awareness of preventing dementia during the fifties and early sixties could focus on improving physical health by increasing physical activity, quitting smoking, reducing alcohol and calorie intake, and tight control of glucose and blood pressure. pressure. This is the responsibility of public health bodies as well as physicians, says Maust.

The study authors concluded: "Given the repeated failures of treatments to prevent or modify dementia, interest in treatment and prevention has shifted earlier in the disease process. Middle-aged adults cannot accurately assess the risk of developing dementia, which can lead to overuse and underuse if pre-clinical dementia treatments become available. Policymakers and clinicians should highlight current evidence-based strategies for lifestyle management and chronic medical conditions to reduce the risk of dementia. "