Overview of Pokémon swords and guards: Pokémon game for the new generation 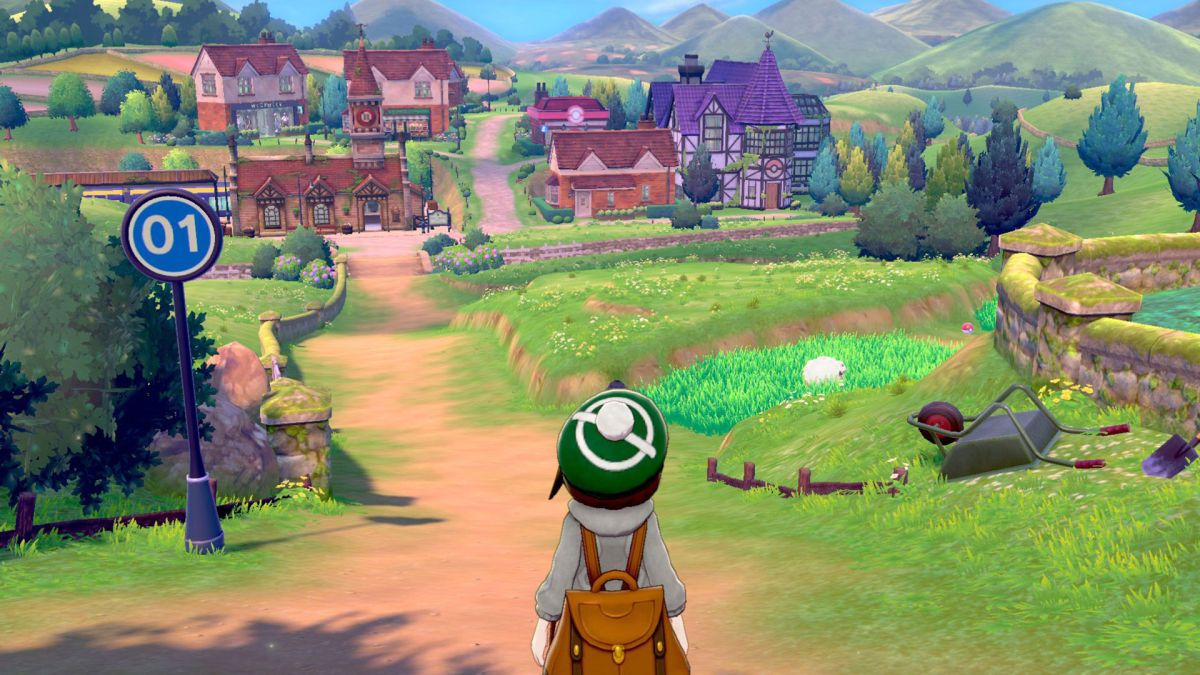 Pokemon Sword and Shield begins like many other Pokemon adventures. You sit in your mom's house watching videos on your phone when your best friend / rival / neighbor arrives to tell you it's time to start your first Pokémon adventure. So you gather your stuff, talk to your well-wishing mom, and head out into the world as a toddler who wants to be the best. The best so far was, in fact. But going out into the world of Gallar is quite a spectacle. It's a chocolate box in the UK, channeling the vibrant Dibble Vicar, with ivy trailing through the roofs of the villa, the square hedges that set the tracks and the soft Wooloos roaming freely. It's wonderful and unusual, in the way you always hope the UK will find between Drizzle and Brexit.

Although you may be questioning some of the locals and how Exactly they equate to areas of the UK, there is no doubt that this is just as influenced by the British as they come. There are many characters that will call you "buddy" or "love", and if you know anything about British humor, there are plenty of jokes and talk time that will give you a few little ears here and there. It also ripples with British stereotypes – though fortunately only the good ones – and even imitates the new Pokémon with a clear British touch. I won't annoy any of the unannounced creatures for you, but wildlife is a joy to discover, especially as Pokémon kept the lid on most of the new Pokemon and their evolutions (especially if you ignored all those annoying leaks)

The power of Re

But more importantly, it perfectly captures the spirit of Pokémon in a way no other game in the series has done before. Although you may suspect some elements of Picasso's detective story, I can never say how Re Rome City feels. Every inch of its urban sprawl was clearly thematic, complete with references to Pokemon, Easter eggs and trivia that felt like a real celebration of the series and the mania surrounding it. And now, with Pokémon and Shield's sword, we get it in the form of a game. Each of the cities is beautifully designed to encompass an element of British culture or landscape, but it also really reflects what it would be like to live in the world of Pokémon.

It ranges from gorgeous little touches to larger immersion pieces. For example, as you work on the Gym Challenge – the new official name for your quest to work through the eight Leaders in the Leon Champion Beating Hall – people on the street will respond to your presence or comment on your latest battle. It makes you feel like a celebrity, the end of Pokemon trainer and kind of how I felt in my head playing Pokemon games from the days of Red and Blue.

Of course, that increased sense of world-building Pokemon is helped by the fact that Pokemon are always at the forefront. The game plays elements of the traditional Pokémon game, adds a "Let's Go" twist on a Pokemon Sun and Moon dash and shakes it all over the ice to create the most perfect Pokémon cocktail. The fight is the same turn-based affair as the previous installment, but it takes on a more polished, animated feel than ever before, taking clues from Let's Go. Fitness battles have evolved to take on exciting new sporting missions, moving away from fighting a series of general coaches before challenging each leader, using inspiration from the Sun and Moon system.

But the real star player is the core of the game: Wild Area. It is widespread where Pokémon roam the wilderness en masse, with ever-changing weather conditions and a size equivalent to two Zelda's: Breathing the Wild. As in Pokemon Let's Go, Pokemon all visible walking across long grass, meandering along paths, weaving through lakes and streams, or waving through the air, just waiting to be caught. You can spend hours here just catching up and researching, camping and connecting with your Pokémon, or meeting and fighting with other coaches. The "always on the Internet" elements in this area have not yet come alive since launch, which means that I was just exploring the wild, not a series of other trainers. But I had fun having fun in the new four-player Max Raid (with AI friends) fights that also get you one of your rare, affordable, Gigantamaxed Pokemon Pokémon, hidden deep in wells beneath the Wild. These add to the sense of importance given to Pokémon in swords and shields, with your character's panic shot rising from a bent knee before turning around to see Gigantamax Pokemon in all its bright red glory.

Gigantamaxed Pokemon is not limited to these fights, they will also appear in Gym Challenges, and some leaders use special Gigantamaxed forms that change their physical appearance. They are quite spectacular, adding an increased sense of drama to the traditional Pokémon Gym battle. You can Gigantamax your party members to see how powerful they are and whether they have their own Gigantamax form as well. This adds a new sense of mystery to even the original 150, as they can also be changed to Gigantamax form. Of course, that sense of discovery – or rediscovery – is aided by the fact that Pokemon appears in the long grass even outside the Wild. Pokémon's decision to retain the larger new gallery forms, and General 8's "Pokémon" as a mystery, mean that the discovery of every new furry person was a surprise and joy.

I have never felt so encouraged and helped in my quest to capture them all. There are a number of new improvements to the quality of life, whether the game tells you which move is super efficient or effective for any Pokemon you've fought at least once before, adding a shortcut to your Pokeballs inventory on the Wild Pokemon battle screen. , or moving away from FM, is moving in full in favor of Corviknight taxi transfers and transforming aquabikes. But there is also a new section of recommendations to your Pokenex that will suggest the next Pokemon you need to add to add your "dex", based on the current day time and weather conditions in the Wild. It's a great way to keep you diving again, in a way I haven't experienced Pokémon for a long time.

Some of these improvements in quality of life come directly from Pokemon Let 's Go, which can make some players with long pauses. The changes are designed to make the game more enjoyable for new users, though some may complain that the changes make swords and shields much easier to complete than any of its immediate predecessors, and I'm inclined to agree. However, that doesn't detract from how brilliant the storyline of the game is, how it manages to make the core of the game feel fresh and new in a way that makes this first Switch Pokemon adventure feel like a new generation Pokemon game.

It's just a shame that it doesn't always look like a new generation's game. The blades are slick, and the ability to control the camera freely in the Wild Zone is definitely a true Game Switch game, and overall the game looks fantastic. It's easily the most beautiful Pokémon game to date, but it's nowhere near the resemblance of "Breathing the Wild", "The Madness Palace" or even Super Mario Odyssey in terms of graphic fidelity. The fact that there is no voice as an actor also applies a little, especially when there is a character who is all about singing, but ends up just silent while the text beats beneath it. There are also occasional underdeveloped stutterers, especially in the vast wilderness, with OG Switch and Switch Lite sometimes struggling to make the sheer amount of wild critics.

Fortunately, this is a seriously memorable Pokémon adventure. The story gives enough twists and turns to make you assume, trapped in the types of myths and legends that you forget that the British Isles are very full. The confusing areas of recordings from previous series like Silf Co may be missing, but there is a lot of love for the Pokémon Sword and Shield, especially the able-bodied character team and the flawless attention to detail in the Gallar region both visually and in terms of regional dialogue. It's a great way to start the next generation of Pokemon games.