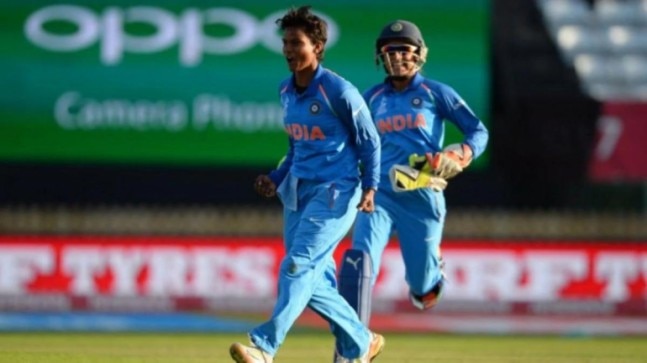 In the rain that hit the 4th T20I in Providence, the spinners in India, led by Anuya Patil, limited the West Indies to 45 for 5 after giving the hosts a 51-out 9 pass.

Already in the pocket series, Indian women continued their dominance over Western Indian women by notching a five-time victory in the fourth T20 International Fire here.

India's Indians now lead the five-match series with a 4-0 lead after sealing the series in the third game here.

In the fourth international T20 international channel, which was reduced to a nine-page airline affair, women in India made 50 for the loss of seven wipes after being sent to bat.

Poya Vastrak, 10, was the lone Indian to reach the double-digit score.

The Indians then bowed and lightly practiced discipline to limit Western Indian women to 45 on five of their nine diverts.

India's captain Harmanpet Kaur relied heavily on their spins and they did not disappoint as off-spinner Anuya Patil (2/8), Depeti Sharma (1/8) and Rada Chadav (1/8) kept the Windswing in tight. leash throughout to ensure victory.

Matthews (11) and Finell Henry (11) are the highest scorers for the home team.

The fifth and final T20 of the series will be played here on Thursday.