Uplay + will also continue under a new name 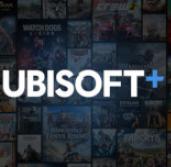 Ubisoft announced last week that the Uplay client and the Ubisoft Club Rewards system will be merged under the name Ubisoft Connect, and based on this, it can be expected that a subscriber service called Uplay + will not retain its previous name either. This has now become official: it turns out that the subscription to the entire Ubi library for 15 euros per month will be called Ubisoft + in the future.

In addition to the name, there is another novelty, because the service, which is currently only available on computers, is becoming multiplatform. For now, this does not mean consoles, but cloud-based gaming platforms, because from November 10, the publisher’s games will be automatically available on Google and Amazon, ie Stadia and Luna, if we have a Ubisoft + subscription and backup. we can continue it. Specifically, not us, but gamers from the countries for which Stadia and Luna are available, although …